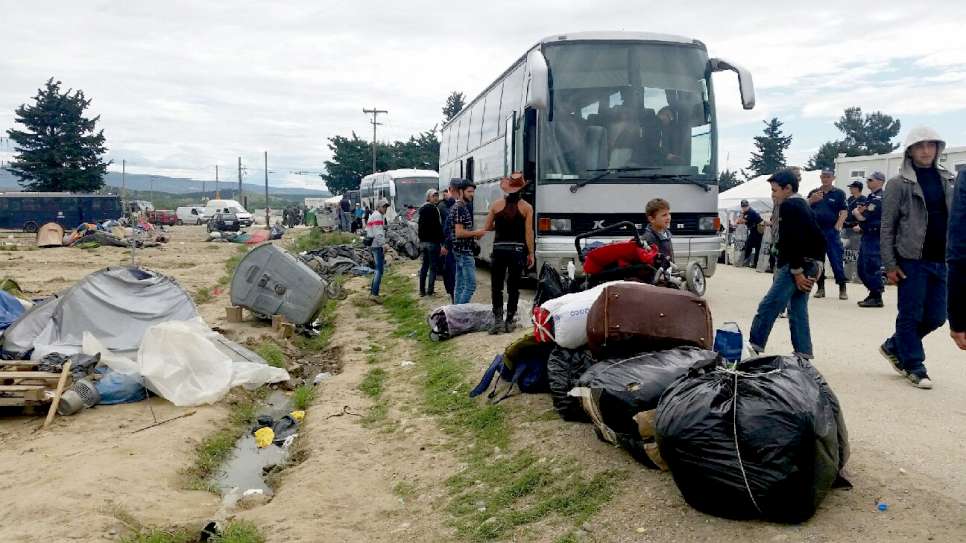 IDOMENI, Greece, May 27 (UNHCR) – The UN Refugee Agency said today it was “seriously concerned” over what it termed sub-standard conditions at several sites in northern Greece where refugees and migrants were evacuated this week from the makeshift site at Idomeni.

“We urge the Greek authorities, with the financial support provided by the European Union, to find better alternatives quickly,” UNHCR spokesperson Melissa Fleming told a press briefing in Geneva.

She stressed that UNHCR agreed that the makeshift site at Idomeni on the Greek border with the former Yugoslav Republic of Macedonia, where refugees had been staying in abysmal conditions, needed to be evacuated, and noted that this had been completed without the use of force.

However, she added that “the conditions of the some of these sites to which the refugees and migrants are transferred fall well below minimum standards.”

Fleming detailed that some of the refugees and migrants who had been living in Idomeni had been moved into derelict warehouses and factories, inside which tents are been placed too tightly together.

A Myanmar-appointed panel concluded on Monday (Jan 20) that some soldiers likely committed war crimes against its Rohingya Muslim community but the military was not guilty of genocide, findings swiftly condemned by rights groups. The “Independent Commission Of Enquiry (ICOE)” released the results of its probe just ahead of a ruling on Thursday by the […] END_OF_DOCUMENT_TOKEN_TO_BE_REPLACED