How are Australia’s Syrian refugees coping? 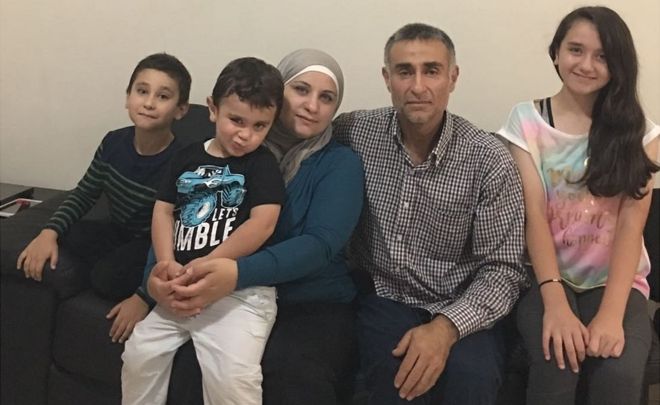 Australia has resettled about half of the 12,000 refugees it agreed to take in over the past 13 months from the conflict in Syria, but how are they adapting to life in their new country?

It is a year since Iymen Baerli, a refugee from Syria, arrived in Sydney with his wife and three young children.

Within days, the skies above the harbour of Australia's biggest city sparkled and glowed as arguably the world's finest fireworks display ushered in another new year.

The newcomers shared their adopted homeland's optimism about the journey ahead. Iymen, a 52-year old former pharmaceutical sales rep, had ambitions to open up a catering business, helped by his brother, who ran a well-established cake shop in suburban Sydney.

But 12 months later much of that hope has withered and the Baerli family are living at their modest apartment in Guildford, a multicultural district 25km (15 miles) from Sydney Opera House.

War had forced them out of their home in Homs, Syria's third largest city, and they sought safety in Egypt. Resettlement down under would eventually follow.

A Myanmar-appointed panel concluded on Monday (Jan 20) that some soldiers likely committed war crimes against its Rohingya Muslim community but the military was not guilty of genocide, findings swiftly condemned by rights groups. The “Independent Commission Of Enquiry (ICOE)” released the results of its probe just ahead of a ruling on Thursday by the […] END_OF_DOCUMENT_TOKEN_TO_BE_REPLACED