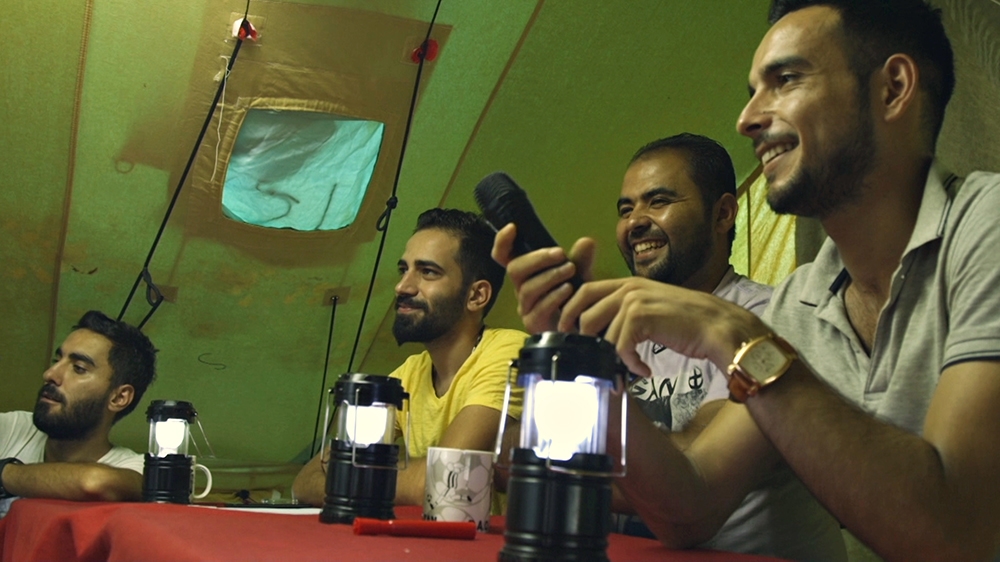 Four Syrian friends put on a TV-style talent show to lift spirits at the refugee camp where they are stranded.

Mahmoud has been stranded at a Syrian refugee camp in Greece for months. Dealing with the trauma of war and dislocation, depression is spiralling for many residents.

He and his friends hatch a plan to lift people's spirits. They decide to organise an exciting TV-style talent show at the camp.

Hundreds tune in to watch people sing, play instruments and perform sketches on the show, which is broadcast on an internet channel the group already run called refugees.tv.

But they soon face a backlash. With families mourning deaths of loved ones and growing increasingly desperate to find out when they will be resettled, some feel the upbeat show is insensitive.

Mahmoud and the others don't back down. They want the contest to build up to a thrilling final with viewers voting for the winner, convinced it can bring people a little joy, even at the most difficult of times.

Staff Reporter Abul kalam of Camp 16 told to our correspondence that Rohingya Community Members actually want to go back to Myanmar, not to a island which is in the middle of bay of Bengal. It is really very dangerous during monsoon season. Recently, some leaders from different camps went to see the location whether […] END_OF_DOCUMENT_TOKEN_TO_BE_REPLACED