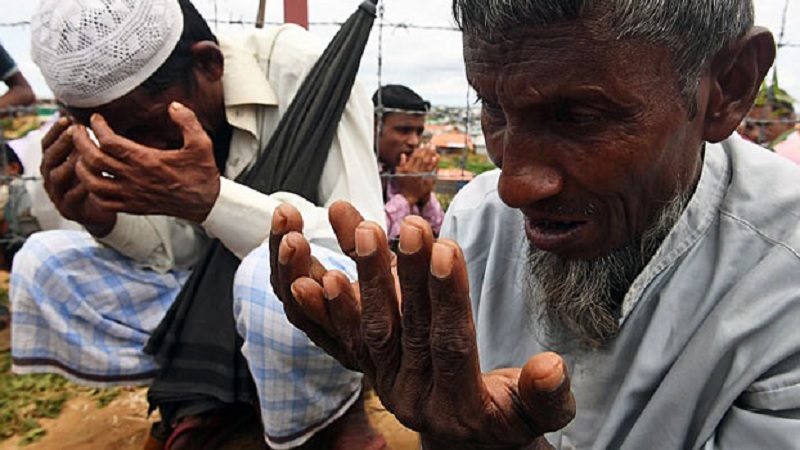 A United States museum dedicated to the Holocaust said Monday that “compelling evidence” indicates that Myanmar’s armed forces committed ethnic cleansing, crimes against humanity, and genocide against Rohingya Muslims during crackdowns in 2017 and 2016.

“The Burmese military’s campaign against the Rohingya, especially the attacks of August 2017, have been deliberate, systematic, and widespread,” said Lee Feinstein, a member of the governing council of the United States Holocaust Memorial Museum in Washington, in a statement.

Thousands died during the violence, which included widespread torture, rape, and arson, and drove more than 720,000 Rohingya across the border where they have been living in sprawling refugee camps in southeastern Bangladesh.

The government of Myanmar, which the U.S. officially calls Burma, has largely denied that its forces committed the atrocities which United Nations investigators, rights groups, and some nations say amounted to ethnic cleansing, genocidal intent, or genocide itself.

“For the sake of the remnant community of Rohingya still in Burma and those threatened with being returned, we hope this announcement prods action,” said Lee, who also chairs the Committee on Conscience, which advises the genocide prevention work of the museum.

The museum said it reached the conclusion based on a joint analysis in consultation with an advisory group of atrocity experts, its own original research published in a joint report in 2017 with the NGO Fortify Rights, information from a U.S. State Department report documenting the atrocities, and a report by a U.N. fact-finding mission.

Since yesterday, 2 special police battalions – APBn 14 and APBn 16 will be in charge of duty inside the 34 refugee camps in Teknaf and Ukhia to ensure the security of Rohingyas. According to the officials, the Cox’s Bazar District police officials have already handed over the duties and left the camps. However, the […] END_OF_DOCUMENT_TOKEN_TO_BE_REPLACED