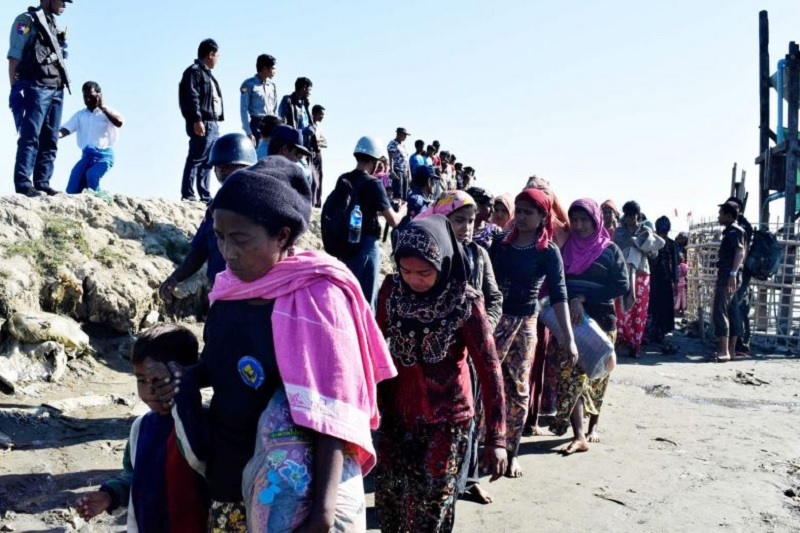 The US House of Representatives has overwhelmingly adopted a resolution calling Myanmar’s expulsion of hundreds of thousands of Rohingya Muslims a “genocide”. The Lower House of Congress also accused the Myanmar military of “crimes against humanity” and called for the immediate release of two Reuters journalists who have been detained for covering the crisis.

Thursday’s resolution was backed by 394 votes from both parties, with a single Republican opposing.

Members of Congress called on Secretary of State Mike Pompeo to “determine, based on available evidence, whether the actions by the (Myanmar) military in northern Rakhine state in 2017 constitute crimes against humanity, genocide, or other crimes under international law”. They added that “all those responsible for these crimes against humanity and genocide should be tracked, sanctioned, arrested, prosecuted, and punished under applicable international criminal statutes and conventions”.

A Myanmar-appointed panel concluded on Monday (Jan 20) that some soldiers likely committed war crimes against its Rohingya Muslim community but the military was not guilty of genocide, findings swiftly condemned by rights groups. The “Independent Commission Of Enquiry (ICOE)” released the results of its probe just ahead of a ruling on Thursday by the […] END_OF_DOCUMENT_TOKEN_TO_BE_REPLACED