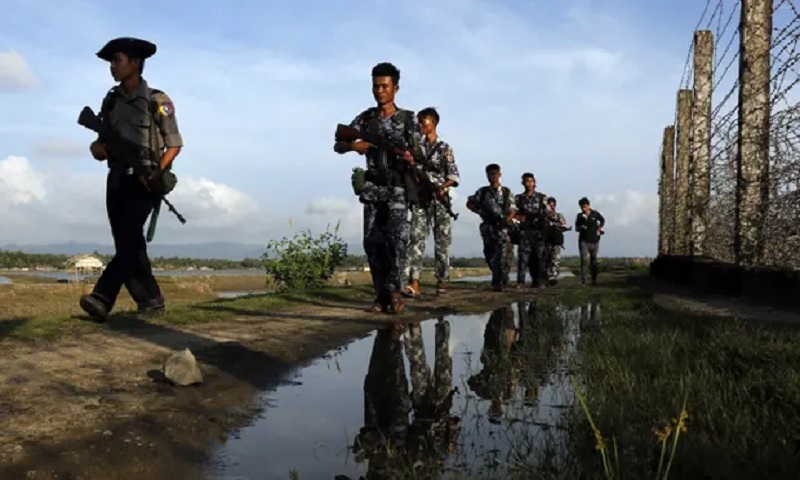 The bullet-riddled body of a Myanmar policeman has been found in northern Rakhine state, government media said, as tensions rise in the hotspot where the Rohingya crisis erupted last year.

The western territory is a tinderbox of ethnic and religious divisions and security forces have clashed with both Rohingya insurgents and much better armed Rakhine fighters from the mostly Buddhist Arakan Army.

Private Aung Kyaw Thet went missing in action after an ambush last week by unknown assailants in Maungdaw township near the border with Bangladesh.

His body was found two days ago with “gunshot wounds in his face, arm and leg near a hill inside the other country,” according to government-backed Global New Light of Myanmar newspaper on Sunday.

The ambush happened on the day two ethnic Rakhine Buddhist men disappeared while fishing in the same township and were later found with their throats slit, prompting the army to launch local “clearance operations” and raising fears of renewed large-scale violence.

Sunday’s report in Global New Light did not identify the alleged perpetrators of the shooting but said authorities found foxholes near the scene, bullet casings and biscuits manufactured in Bangladesh.

More than 720,000 Rohingya fled northern Rakhine to Bangladesh after Myanmar launched a crackdown on the Muslim minority in August 2017. 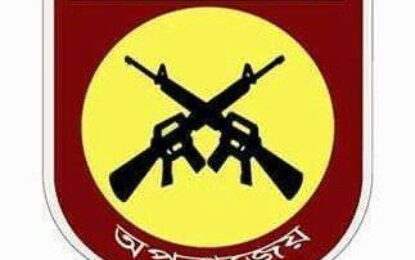 Since yesterday, 2 special police battalions – APBn 14 and APBn 16 will be in charge of duty inside the 34 refugee camps in Teknaf and Ukhia to ensure the security of Rohingyas. According to the officials, the Cox’s Bazar District police officials have already handed over the duties and left the camps. However, the […] END_OF_DOCUMENT_TOKEN_TO_BE_REPLACED