Some Rohingya refugees prefer death in Bangladesh over repatriation to Myanmar 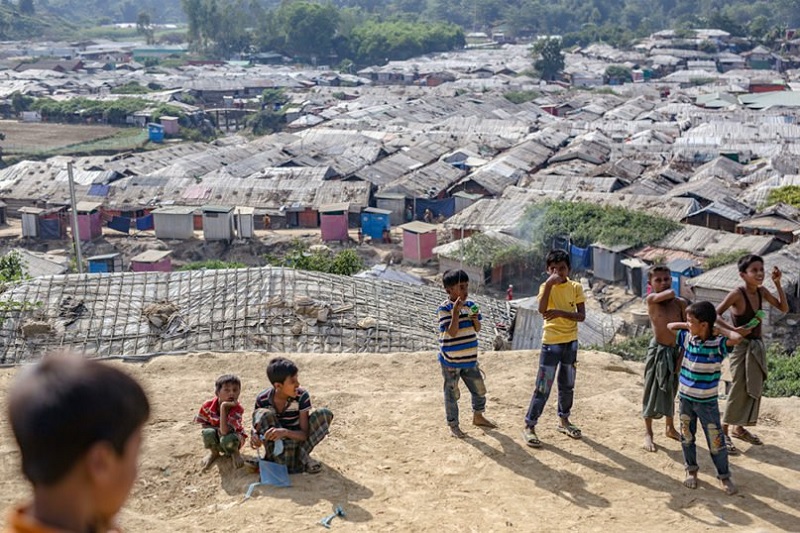 COX’S BAZAAR, Bangladesh (RNS) — When 60-year-old Dil Mohammad found out in November that he was on a list of some 2,000 Rohingya refugees to be sent back to Myanmar, he grabbed the bottle of rat poison and poured it down his throat. His wife forced him to vomit and rushed him to the nearby Médecins Sans Frontières hospital.

To Mohammad, suicide, a grave sin in Islam, was preferable to returning to the persecution that his people have suffered for decades in their historic home in western Myanmar.

“It’s better to die in Bangladesh, where I would get a proper Islamic burial, than be killed in Myanmar for being Muslim,” he said. “God will forgive my act of suicide because he knows our pain.”

Some 700,000 Rohingya, a Muslim ethnic minority from northern Rakhine state across the border in Myanmar, have flooded into refugee camps in Bangladesh since August 2017, when Rohingya militants known as ARSA (the Arakan Rohingya Salvation Army) attacked Myanmar border police, setting off a violent retaliation. Rohingya villages have been razed and Myanmar troops have allegedly raped and killed thousands of Rohingya civilians.

Mohammad and his family, fearing for their lives, walked for days through forests in torrential rain, arriving in Bangladesh in September 2017.

Mohammad and his family, fearing for their lives, walked for days through forests in torrential rain, arriving in Bangladesh in September 2017.

“There was nothing here when we arrived, just trees and land,” said Mohammad. Local Bangladeshi families helped the refugees set up shelters and provided food and water until aid groups and Bangladesh’s armed forces arrived to set up makeshift camps.

A Myanmar-appointed panel concluded on Monday (Jan 20) that some soldiers likely committed war crimes against its Rohingya Muslim community but the military was not guilty of genocide, findings swiftly condemned by rights groups. The “Independent Commission Of Enquiry (ICOE)” released the results of its probe just ahead of a ruling on Thursday by the […] END_OF_DOCUMENT_TOKEN_TO_BE_REPLACED