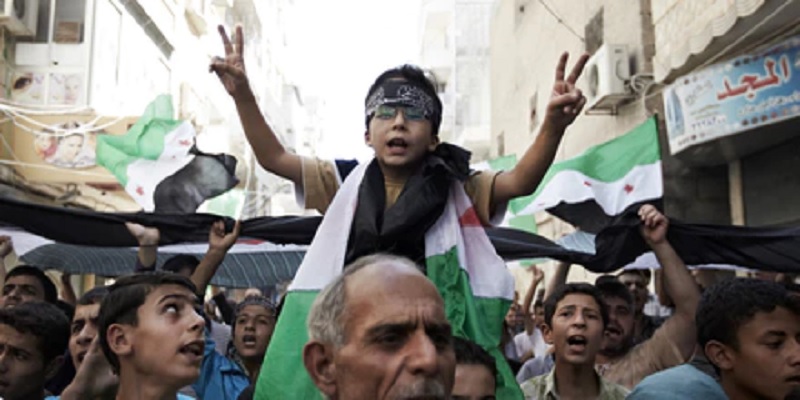 SYRIAN ACTIVISTS AND lawyers are testing the bounds of international law, making two new attempts to bring the government of Bashar al-Assad before the International Criminal Court.

Syrian refugees in Jordan, through London-based lawyers, sent communications to the office of the ICC prosecutor, asking her to exercise jurisdiction over Syria based on a precedent set last year in a case involving Myanmar’s persecution of Rohingya Muslims. The communications are the latest push by Syrian civilians to hold accountable the government whose brutality upended their lives. In recent years, Syrian lawyers and human rights activists have experimented with rarely utilized aspects of international law, succeeding in getting European and American courts to weigh in on atrocities committed in Syria.

“Because of how politicized the war in Syria became, lawyers and those fighting for accountability really had to be creative,” said Mai El-Sadany, the legal and judicial director at the Washington-based Tahrir Institute for Middle East Policy. “The most recent ICC Article 15 submissions” — a reference to communications with the ICC on information about alleged international crimes — “are evidence of this, that there is space for creativity in the accountability space.”

The efforts come as the Syrian conflict enters its ninth year. On March 15, 2011, eight years ago yesterday, Syrians, inspired by the wave of protests sweeping the Middle East and North Africa, took to the streets in a “Day of Rage” demonstration. Within a few days, protesters around the country were calling for freedom, dignity, and political reforms. Later that month, activists in the southern city of Daraa toppled a statue of the late President Hafez al-Assad that stood in a city square. This past Sunday, hundreds of Daraawis marched once again, this time to protest the erection of a new statue of the former Syrian president.

In the intervening years, a mass anti-government uprising descended into a merciless war involving at least a half-dozen countries, each of which has contributed to Syria’s destruction. Few would dispute, however, that the Assad regime is responsible for most of the violence that flattened entire cities, uprooted millions of people from their homes, and killed — according to an estimate that is now three years old — 470,000 people.