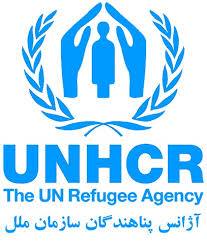 UNITED NATIONS, Nov. 6 (Xinhua) — The UN Refugee Agency (UNHCR) said on Wednesday that2013 will witness the highest number of refugees worldwide since 1994, and that the bulk of the asylum- seekers are hosted by developing countries.

Antonio Guterres, the UN high commissioner for refugees, made the remarks when he was briefing the Social, Humanitarian and Cultural Affairs Committee of the UN General Assembly on the current situation of refugees worldwide.

“Refugees are crossing borders at the highest rate in nearly two decades,” he said. “By the end of ٢٠١٣, some two million people across the world will have been forced to flee their country — the highest number in any year since the Rwandan genocide of 1994.”

The past three years have been marked by a quick succession of large-scale displacement emergencies, from Libya and Cote d’Ivoire to Somalia and Mali, he said. “Millions more were displaced inside their own country.”

About 1.7 million Syrians have fled their country since January, in addition to the hundreds of thousands who became refugees across Africa — the Central African Republic, the Democratic Republic of Congo, Sudan, Mali, and Somalia, he said.

“Together with UN partners, we are doing everything possible to respond, but our limits are being severely tested by this combination of an emergency unparalleled in the recent past, and the persistence of all the other crises around the world,” he said.

In fact, “the burden of hosting refugee is distributed unevenly across the world — a gap that is widening,” he said. “More than 80 percent of today’s refugees are hosted by developing countries, up from 70 percent a decade ago.”

“Sustaining the international refugee protection system will require enhanced support to host countries and more serious efforts by the international community toward meaningful solidarity and burden-sharing,” he said.

The current crisis in Syria, and the enormous impact which 2.2 million refugees are having on the economics and societies of neighboring countries like Lebanon and Jordan, are a case in point, he said.

Although international voluntary contributions, the sole source of UNHCR’s financial support, have reached unprecedented levels of 2.3 billion U.S. dollars in 2012, significant funding gaps remained, he said, adding that record will again be surpassed significantly in ٢٠١٣.

The Syrian crisis, which has been going on for more than 30 months, has led to a massive influx of Syrian refugees into neighboring countries, such as Lebanon, Turkey and Jordan.

As the UNHCR is striving to coordinate the hosting countries in aiding more than 2 million Syrian refugees, it is also trying to deliver humanitarian assistance to the Syrians displaced inside their country.

In the war-battered Syrian city of Homs, the refugee agency, using a fleet of some 250 trucks, provides aid to 14,000-15,000 households every week. Some of these people live in areas that are difficult to reach because of the conflict and insecurity.

The UN refugee agency is striving to provide core relief items for 3 million internally displaced people, in addition to health care, shelter, financial aid and protection to hundreds of thousands more. It has to date helped some 2.4 million people in all of Syria’s 14 governorates. About 40 percent of UNHCR’s relief items have been distributed to people in dangerous areas.

he persecution, ethnic cleansing, and attempted genocide of Rohingya Muslims in Myanmar’s Rakhine state is an affront to the rule of law, a well-documented atrocity and, according to a top international lawyer, a moral stain on “our collective conscience and humanity”. So why are the killings and other horrors continuing while known perpetrators go unpunished? It’s a […] END_OF_DOCUMENT_TOKEN_TO_BE_REPLACED