When you meet your maker, what will you say about Aleppo? 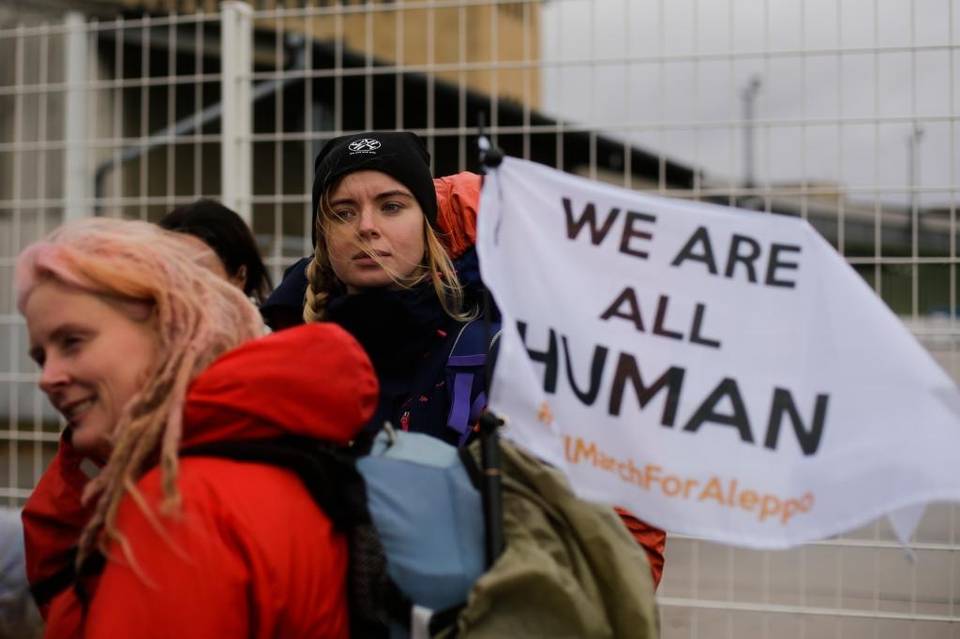 BY DARIUS ASSEMIAs a Muslim immigrant from Iran of almost 40 years living in this beautiful country, I believe when we face our maker in the next life, we will be asked:

What did you do for your brothers and sisters who were suffering in other parts of the world?

Were you complacent when the women and children were being raped in Myanmar, and when hundreds of thousands were killed or died of forced starvation in Aleppo?

God gave every individual conscience and free will. Each of us is accountable for the consequences of human genocide. Yet many people are able to overlook the horrors of genocide in Syria either through selective ignorance or by remaining in a trance. The facts concerning the worst refugee crisis of our era are staggering and not easy to ignore.

Of the 6.9 million refugees, more than 5 million are women and children. That is nearly 75 percent! The death count in Syria is 450,000 human beings. Among those dead, 50,000 are children. Of the $4.5 billion needed to provide adequate care, less than a tenth has been received from international communities – leaving a $4.2 billion gap. Nine million Syrians have fled their homes.

Staff Reporter Abul kalam of Camp 16 told to our correspondence that Rohingya Community Members actually want to go back to Myanmar, not to a island which is in the middle of bay of Bengal. It is really very dangerous during monsoon season. Recently, some leaders from different camps went to see the location whether […] END_OF_DOCUMENT_TOKEN_TO_BE_REPLACED