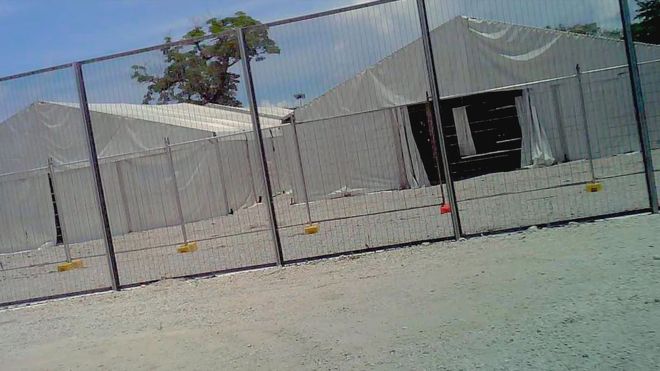 US officials have stopped screening refugees on Nauru for potential resettlement, Australia has confirmed.

But Australian Immigration Minister Peter Dutton said he expected the process to resume "in due course".

It follows uncertainly over a deal that would see up to 1,250 refugees currently held in offshore detention by Australia resettled in the US.

The US has said it will apply "extreme vetting" to the refugees amid criticism of the deal by President Donald Trump.

Mr Dutton said US Department of Homeland Security officials who arrived at the Pacific nation in January left this week.

"I don't have any comment to make in relation to when US officials will be on Nauru next," Mr Dutton told reporters on Thursday.

"There have been officials there who have left… in the last couple of days and we would expect other officials to be there in due course."

Australia has controversially refused to accept the refugees – most of whom are men from Iran, Afghanistan and Iraq – and instead holds them in detention centres on Nauru and Manus Island in Papua New Guinea.

Staff Reporter Abul kalam of Camp 16 told to our correspondence that Rohingya Community Members actually want to go back to Myanmar, not to a island which is in the middle of bay of Bengal. It is really very dangerous during monsoon season. Recently, some leaders from different camps went to see the location whether […] END_OF_DOCUMENT_TOKEN_TO_BE_REPLACED