Record number of refugees admitted to Canada in 2016, highest since 1980 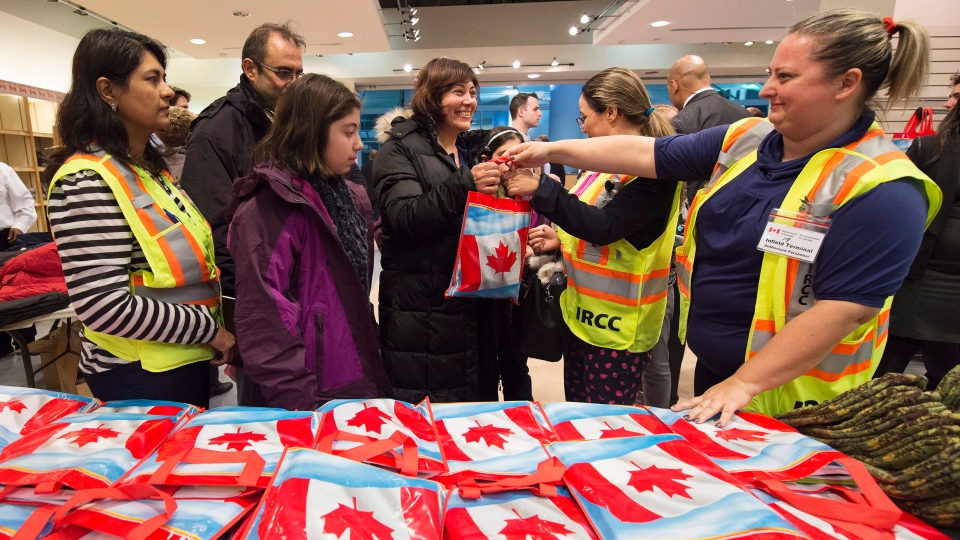 Canada has admitted the largest number of refugees in a single year in nearly four decades, according to the Office of the United Nations High Commissioner for Refugees.

The resettlement of 46,700 refugees in 2016 marks a “tremendous achievement” and a record for Canada since 1978, when the Immigration Act came into effect, the UNHCR representative in Canada said Monday.

“We are very delighted that last year such large numbers (of refugees) were able to be resettled,” Jean-Nicolas Beuze told CTVNews.ca in a telephone interview from Ottawa.

The record number includes both privately and government-sponsored refugees.

According to the UNHCR, the top five countries of origin in 2016 were:

The Liberal government’s pledge to take in 25,000 Syrian refugees in 2015 – and thousands more since – has become one of Canada’s largest resettlement efforts.

The previous record for refugee intake in a single year was set in 1980 when Canada accepted 40,271 people during the resettlement of Indochinese refugees, the UNHCR said.

Beuze said that Canada was the No. 2 country for refugee resettlement last year. The United States, which resettled 84,995 refugees in 2016, ranked at the top.

There are currently an estimated 21 million forcibly displaced people worldwide, and 1,190,000 refugees in need of resettlement this year, the UNHCR said.

Staff Reporter Abul kalam of Camp 16 told to our correspondence that Rohingya Community Members actually want to go back to Myanmar, not to a island which is in the middle of bay of Bengal. It is really very dangerous during monsoon season. Recently, some leaders from different camps went to see the location whether […] END_OF_DOCUMENT_TOKEN_TO_BE_REPLACED