The biggest group of current refugees in the US? Christians from Myanmar. 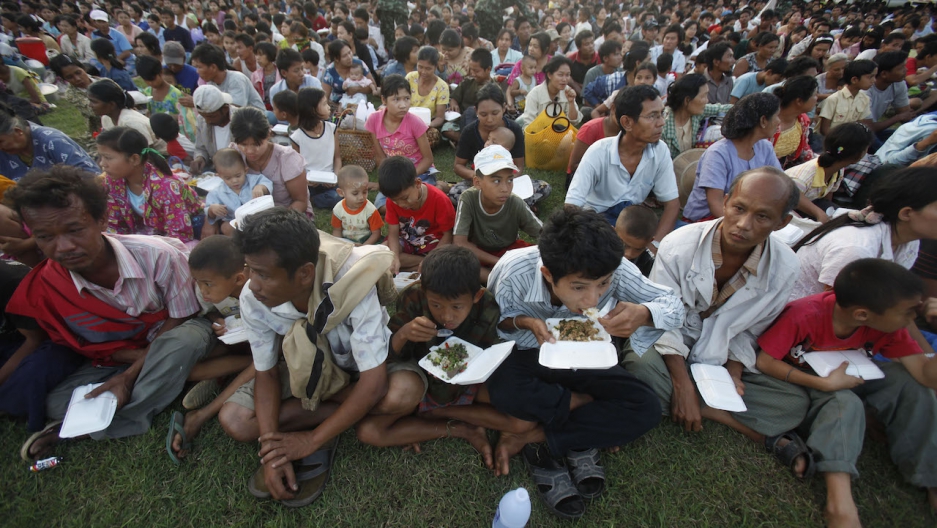 But a few years back, that dream dimmed a bit inside a Wal-Mart in upstate New York.

The 26-year-old was working there as a sales associate — one of three jobs he was grinding out while starting his new life in America. Some customer needed help hunting down an item. Kaw Hser, new to the job, didn’t know where to find it.

So the woman just went off.

“‘Crawl back under the rock where you came from,’” Kaw Hser says. “That’s what she told me.”

It was one of Kaw Hser’s early lessons in America’s complex feelings toward refugees.

This is the nation that rescued him from the soul-destroying tedium of a refugee camp. It has similarly welcomed 3 million other refugees in the last three decades. He is eternally grateful.

But it’s also a country where many native-born citizens view refugees with deep suspicion. Just over half of all Americans think refugees “pose a great enough risk to further limit their entry.”

One of them, of course, is President Donald Trump.

Refugees, namely that escaping war in Syria, are a “trojan horse” of terrorism, according to Trump. Others, he says, are “making up papers” to flood into America — a notion that will exasperate every asylum-seeker slogging through bureaucracy hell.

he persecution, ethnic cleansing, and attempted genocide of Rohingya Muslims in Myanmar’s Rakhine state is an affront to the rule of law, a well-documented atrocity and, according to a top international lawyer, a moral stain on “our collective conscience and humanity”. So why are the killings and other horrors continuing while known perpetrators go unpunished? It’s a […] END_OF_DOCUMENT_TOKEN_TO_BE_REPLACED