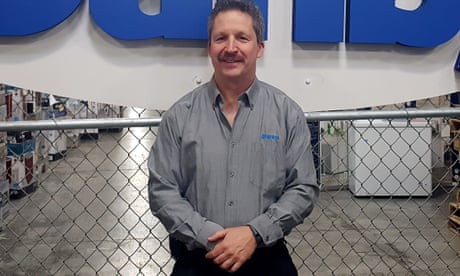 The Canadian who spent C$1.5m to rescue more than 200 Syrian refugees

Four years earlier, they had been forced to flee their home in Damascus by the Syrian civil war. The Hadhads were left with nothing after rockets rained down on their home and destroyed the factory that housed the family chocolate-making business.

Now, resettled in a new home on Canada’s east coast – where they had arrived some five months earlier as refugees – they felt they could do something to help.

Weeks after settling in Antigonish, a small town of 10,000 people in Nova Scotia, they had relaunched the family business, improvising in their small kitchen to recreate some of the chocolates they had once exported across the Middle East.

“Making chocolate was really getting us some revenue, so we said, why don’t we help the Canadians on the other side of the country?” said Tareq Haddad, the family’s oldest son. “We are so grateful to this nation. So we were really honored to donate our profits in the whole month of May to the wildfire relief efforts.”

The donation came to around a few thousand dollars, he said. It was a defining moment in a whirlwind year that saw them go from newly arrived refugees to successful business owners who now employ several Canadians.

he persecution, ethnic cleansing, and attempted genocide of Rohingya Muslims in Myanmar’s Rakhine state is an affront to the rule of law, a well-documented atrocity and, according to a top international lawyer, a moral stain on “our collective conscience and humanity”. So why are the killings and other horrors continuing while known perpetrators go unpunished? It’s a […] END_OF_DOCUMENT_TOKEN_TO_BE_REPLACED