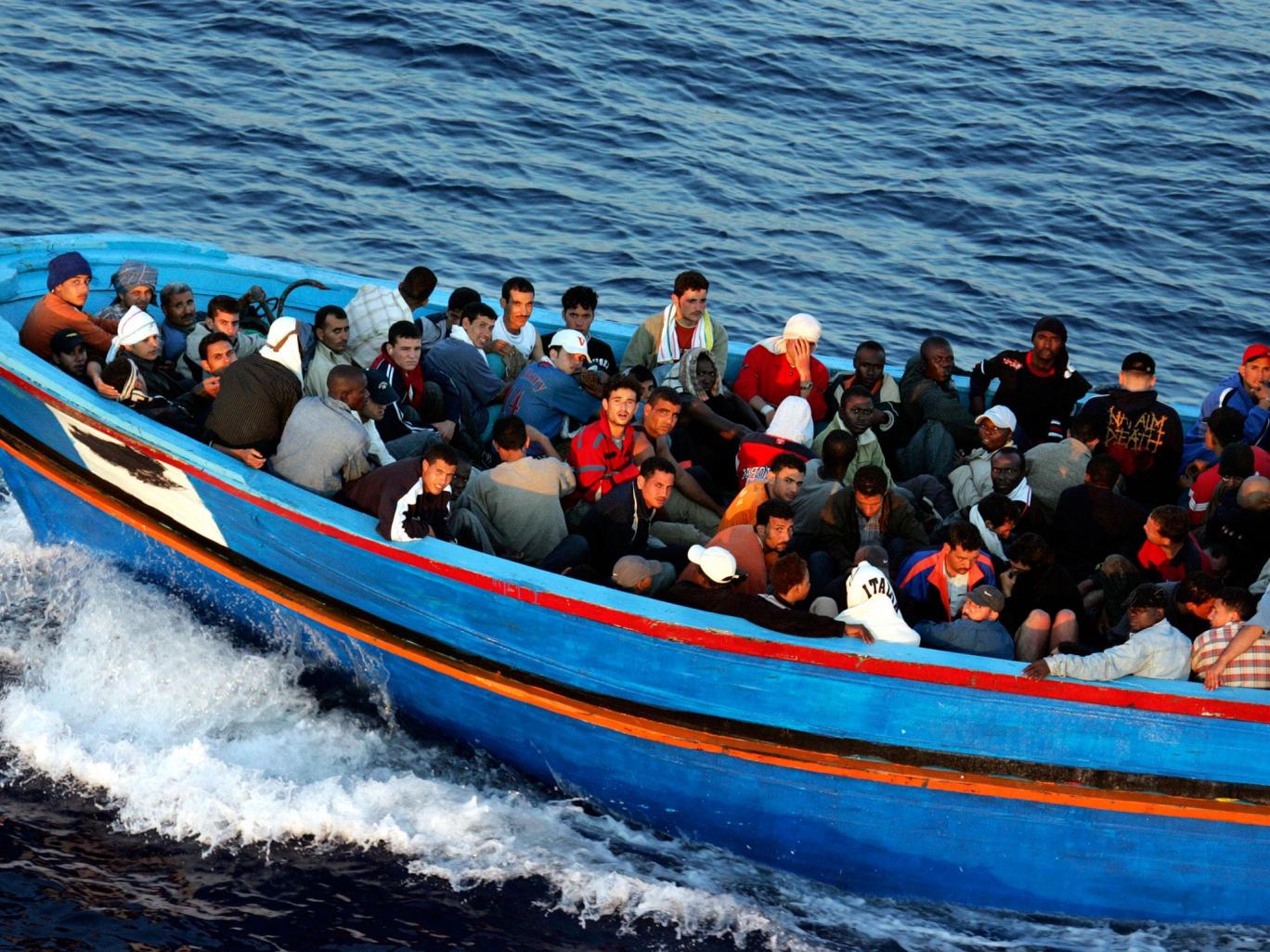 Horrific phone calls which reveal how the Italian Coast Guard let dozens of refugees drown in the Mediterranean Sea in 2013, have been obtained by an Italian newspaper.

In previously unheard audio, Italian authorities tell a caller from the sinking refugee ship to "call Malta," despite an Italian Navy patrol boat being miles away.

As the fishing boat began to take on water, it was around 61 miles away from the Italian island of Lampedusa and within the territorial waters of Malta, which was 118 miles away.

During the distress call, released by the Italian magazine L'Espresso, a man who identifies himself as a Syrian doctor named Mohamed Jammo can be heard asking for help as he tells authorities the boat is taking on water and sinking.
"Please hurry," Mr Jammo repeats. "The boat is going down."

When he later calls the Coast Guard to ask if they had sent anyone, an operator tells Mr Jammo to call Malta.

"Because you are near Malta," the man explained. "Call Malta directly very quickly, they are close, OK?"

Mr Jammo then called the Italian Coast Guard again to tell them he had called Malta and been told the boat was closer to Lampadusa than Malta.

But the operator repeated the instruction, telling him: "You have to call Malta, sir."

During the ordeal, the Italian Navy's patrol boat Libra was awaiting orders between 10 to 19 miles away.

In a call to the operations room of the Armed Forces of Malta, an Italian coast guard operator voiced his concern that if the patrol boat was dispatched it would have to transfer the refugees to the nearest coast, which would have been Lampedusa.

"I think it is not the best way to operate," he explains, going on to say it would mean the loss of an "asset in the area" to spot other "targets," presumably refugee boats.

The Maltese authorities clearly told the Italian Coast Guard their navy's boat was the closest to the refugees. Read More…

The executive committee, headed by the principal secretary to the prime minister, will oversee the overall process of the relocation The government has formed a high-powered executive committee with respect to the planned relocation of nearly 100,000 Rohingyas to Bhashan Char from the congested camps in Cox’s Bazar, multiple sources told Dhaka Tribune on Monday. […] END_OF_DOCUMENT_TOKEN_TO_BE_REPLACED