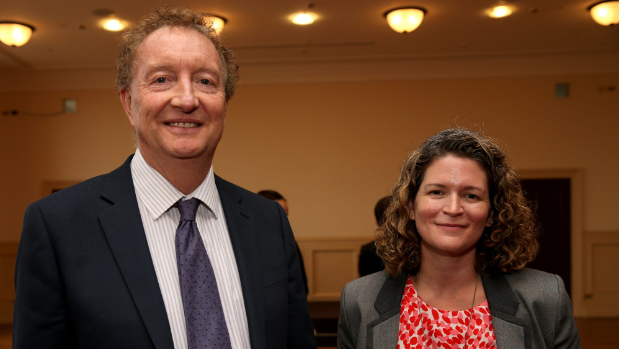 Invercargill is expected to get about 100 refugees per year and the families could be in the south as early as November.

Immigration New Zealand representatives were in Invercargill on Wednesday to talk about how refugees would be settled.

Resettlement coordinator Sarah Ward said refugees could be welcomed as early as November or December, but there was no set date.

Ward said less than 100 refugees for per year would be more realistic for Invercargill, which could equate to three to four families every two months.

"It might be a slow trickle if it takes time to build services up."

When refugees arrived, the first thing they wanted was a job, she said. They would also want to get their children in to schools.

Invercargill's schools would be large enough and language support resources would be provided in classrooms, she said.

Ward said while in Invercargill, Immigration NZ representatives were "getting a feel" for the services in the city.

Health services, NZ Police, the Ministry of Social Development's social services and Work and Income will play a role in the settlement.

Refugees would be allocated pre-existing housing, she said.

"It could be private, or it could be social housing."

The largest ethnic groups Immigration New Zealand were targeting were Burmese, Afghans out of Pakistan, Syrian and Columbian.

Refugees will undertake a six-week settlement programme at the Mangere Refugee Resettlement Centre before moving to Invercargill.

"The most important thing is going to be the

he persecution, ethnic cleansing, and attempted genocide of Rohingya Muslims in Myanmar’s Rakhine state is an affront to the rule of law, a well-documented atrocity and, according to a top international lawyer, a moral stain on “our collective conscience and humanity”. So why are the killings and other horrors continuing while known perpetrators go unpunished? It’s a […] END_OF_DOCUMENT_TOKEN_TO_BE_REPLACED