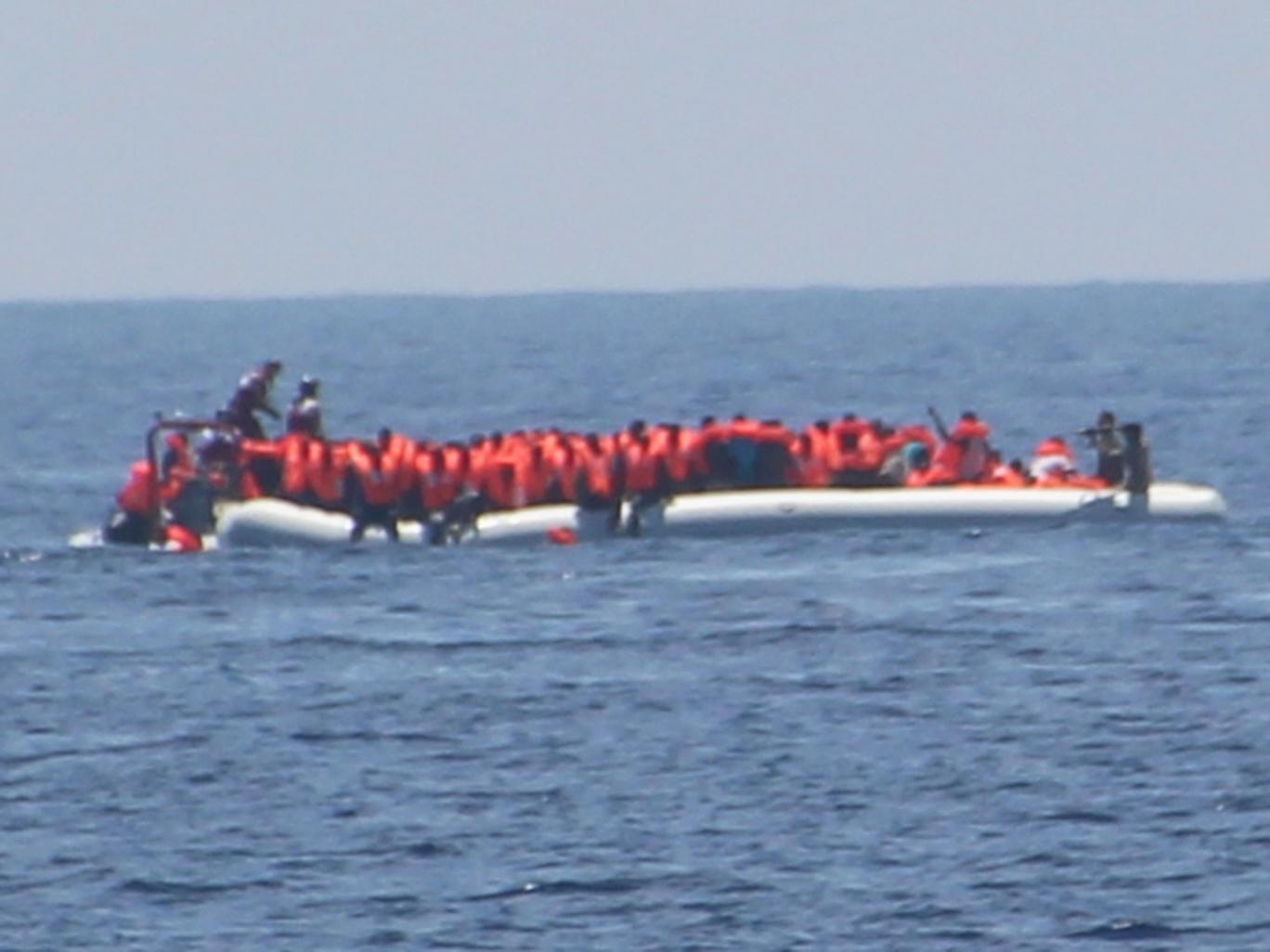 Members of the EU-backed Libyan coastguard have allegedly opened fire while forcing refugees back to the war-torn country in the latest clash with international rescue ships.

It came as more than 30 migrants, including several toddlers and children, drowned in the Mediterranean Sea in the deadliest period ever recorded.

The Luventa, a vessel operated by German charity Jugend Rettet, was among the vessels deployed by maritime commanders in Rome to help around a dozen refugee ships carrying more than 1,800 people on Tuesday.

Crew members said they were on the scene when the Libyan coastguard arrived in several speedboats, despite the refugee vessels having reached international waters.

“The personnel of the Libyan boats were armed and first fired in the direction of a fishing boat,” a spokesperson said.

“Afterwards they directed shots to the [refugee] boats in distress.”

The Luventa’s crew photographed a member of the coastguard on a migrant dinghy pointing what appeared to be a large weapon at refugees, saying officers also beat those on board.

Around 100 people jumped into the sea in the ensuing panic, swimming towards Jugend Rettet’s ship and others waiting nearby.

The Iuventa’s captain, Jonas, said the refugees were saved by life vests provided by his crew before they were forced back.

“For ourselves, the situation was extremely tough,” he added. “We are here to help, but we were compelled to stand inactive, so we would not catch a bullet.”

Save the Children, which had also been deployed to the rescue, said the coastguard started off by sinking empty boats but changed to “aggressive behaviour” as missions continued.

“They boarded several boats and multiple gun shots were fired,” a spokesperson said.

“While we believe these were warning shots, this hostile behaviour caused panic and tens of people entered the water as a result…this type of aggressive behaviour during rescues of multiple dinghies is extremely dangerous and endangers lives.”

It was unclear whether the coastguard unit involved was among those trained by countries including the UK as part of the EU’s Operation Sophia mission.

Libya has also recently received new boats from Italy, while the EU considers a lengthy list of requested equipment including armed ships.

Authorities linked to the fragile Government of National Accord (GNA) have been forcing boats launched by smugglers back to the coast in what human rights organisations say is a violation of non-refoulement protections under international law.

he persecution, ethnic cleansing, and attempted genocide of Rohingya Muslims in Myanmar’s Rakhine state is an affront to the rule of law, a well-documented atrocity and, according to a top international lawyer, a moral stain on “our collective conscience and humanity”. So why are the killings and other horrors continuing while known perpetrators go unpunished? It’s a […] END_OF_DOCUMENT_TOKEN_TO_BE_REPLACED