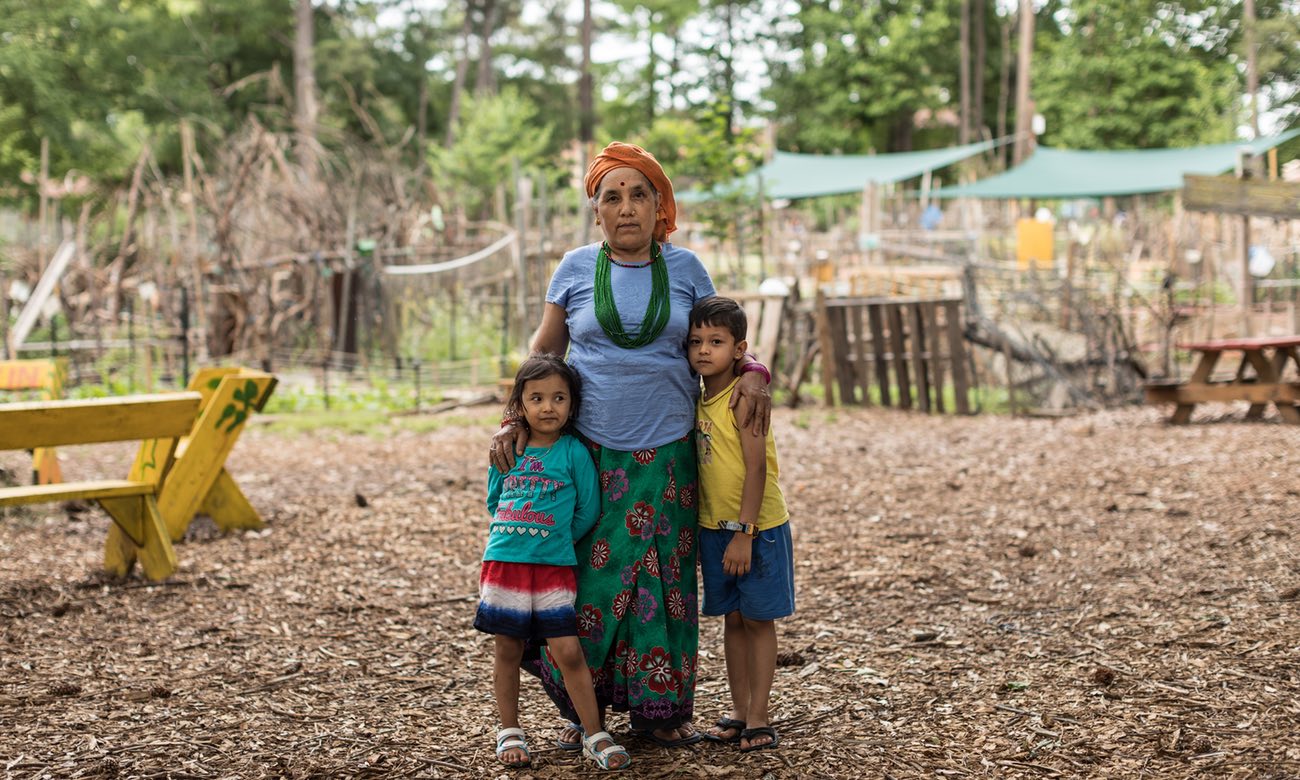 Clarkston, a small town in Georgia, has received over 40,000 refugees over the past 25 years. They come from every corner of the globe. This year there are more Congolese than Syrians; past waves of refugee resettlement have brought Bhutanese, Eritreans, Ethiopians, Somalis, Sudanese, Liberians, Vietnamese.

All have landed in an otherwise unremarkable city in the Deep South, population 13,000.

But foreigners are not the only migrants to Clarkston. The self-proclaimed “Ellis Island of the south” is now seeing not only refugees and poor immigrants arrive. Its reputation has prompted a swell of middle-class professional Americans, who – in the words of the city’s 34-year-old mayor, Ted Terry – are “in search of all the trappings of diversity”.

Terry, who has a hipster beard, checked shirt and odd socks, was welcoming a delegation from the Middle East, who had come to see how Clarkston manages its diverse refugee community.

“My goal with Clarkston is to showcase it,” he explained. “I didn’t make this place a compassionate community – yes, we enshrined it in an official way, but it was a compassionate and welcoming community long before I got here.”

How does this happen? How does a dusty, working-class city in the south not only manage to house 1,500 refugees per year, but make their welcome integral to the town’s sense of identity?

It turns out the story of Clarkston is not just about who is being welcomed: it’s also a story about who is doing the welcoming.

In the corner of Clarkston’s downtown parking lot is a bright red food truck selling artisanal coffee, the kind of sleek minimalist outfit that would not look out of place in San Francisco or New York, under the logo reading “Refuge Coffee”. It was founded by a recent American arrival.

Kitti Murray, a freelance writer and grandmother of eight, bought the old truck on Craigslist for $3,000 two years ago, and began renting space on an old garage forecourt for a dollar a month, where she set up tables and chairs. Her aim was to create a space for the community to connect, offer job training, and “tell a more beautiful, more accurate refugee story … our refugee employees do that for us, just by who they are and how they do their work.”

As she talks, Ahmad – a Syrian who used to be a pharmacist before he became a barista – pours an espresso.

Murray’s clientele is conspicuously white. “When we first started, I would be grief-stricken if at the end of the day not a single refugee had come,” she said. “But if we don’t engage the American community, who have deep pockets … we would have been over in that first six months.”

Murray is not an outlier. She is just one of many Americans who have moved to Clarkston specifically to work with refugees and – crucially – to live alongside them. Welcoming refugees can involve long hours spent in newcomers’ homes, awkwardly tripping over language barriers while drinking tea, but the bonds forged are often strong ones.

Arez, a Syrian refugee who arrived with her husband and two children in 2015 after four years in Turkey, bubbles with enthusiasm as she talks about her American “sister” Rebecca who helped her to settle in Clarkston: “I love the US! I am so happy here. I have American friends, they are helping me to learn English, my kids are in school. I love it here.”

Staff Reporter Abul kalam of Camp 16 told to our correspondence that Rohingya Community Members actually want to go back to Myanmar, not to a island which is in the middle of bay of Bengal. It is really very dangerous during monsoon season. Recently, some leaders from different camps went to see the location whether […] END_OF_DOCUMENT_TOKEN_TO_BE_REPLACED