The Thai-born refugee the US cannot deport 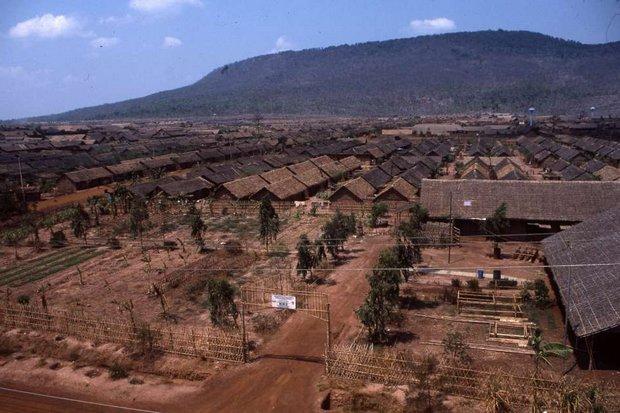 Lawyers in the US state of Massachusetts are seeking the release of a man they say is being unlawfully detained by federal immigration officials while they try to find a country to deport him to.

The case involves Sreynuon Lunn, 32, who was born in a Thai refugee camp to Cambodian parents fleeing the Khmer Rouge and brought to the United States as a seven-month-old child. Lunn was legally allowed into the country as a refugee and given lawful permanent resident status.

Last October, Lunn was charged with unarmed robbery and held until February for a trial date. The charges were ultimately dismissed, but the court ordered Lunn held on a so-called Immigration and Customs Enforcement (ICE) detainer request, overruling a request by his lawyers that he be released.

Immigration agents arrived several hours after the charges were dismissed to take Lunn into custody.

Detainer requests typically ask federal, state, local and tribal law enforcement agencies to give at least 48 hours' notice before an individual is released from a jail – or to hold the person for up to 48 hours after they would normally be released.

The Department of Justice defends the use of detainer requests.

That case is still pending.

They say the Department of Homeland Security has designated Cambodia as Lunn's country of origin even though government officials there have denied Lunn is a Cambodian citizen for nine years and have refused to issue him travel papers. Thai officials have also said they don't consider Lunn a citizen of Thailand.

"If the government cannot deport Mr. Lunn, it has to let him go," said Matthew Segal, legal director at the ACLU of Massachusetts.

His attorneys also want the court to order immigration officials not to take Lunn back into custody unless they have a country to deport him to.

Bangladesh will bring the unresolved Rohingya crisis before the global leaders today (Saturday) apparently reminding everybody of the failure to find a durable solution to the crisis amid Myanmar’s non-fulfilment of repatriation pledge, officials said, reports UNB. Bangladesh will also seek genuine efforts from the global community to help Rohingyas return to their place of […] END_OF_DOCUMENT_TOKEN_TO_BE_REPLACED