In the wake of a leaked phone call in which US President Donald Trump repeatedly called them "bad" and "prisoners," refugees at the center of a controversial deal between the US and Australia say they have lost faith in ever making it to America.

"We are really hopeless," said Shirdel Eskandari Khah, an Iranian refugee who lives with his wife and seven-year-old son on the Pacific island of Nauru.

"We believe that it is another game from the US and Australian governments."

Under the terms of a deal settled by the Obama administration, the US agreed to vet and then resettle nearly 1,200 refugees like Eskandari Khah, who have been living for years in or around offshore detention camps run by the Australian government. In return, Canberra would take a group of Central American refugees who had been attempting to make it to the US.

The offshore camps — on Nauru and Papua New Guinea — are key to Australia's immigration policy. Anyone who arrives by boat without a visa is told they will never be able to settle on Australian soil and sent to the island camps for processing.

Canberra claims its stance has stopped the flow across the Pacific of dangerous boats run by people smugglers. Critics say it has led to the detention of hundreds of refugees — including young children — for years in conditions damaging to their mental and physical health.

The Australian government has disputed some of the claims in the leaked documents and said Amnesty's description of Nauru was "absolutely false." 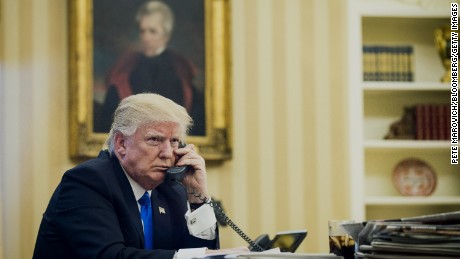 he persecution, ethnic cleansing, and attempted genocide of Rohingya Muslims in Myanmar’s Rakhine state is an affront to the rule of law, a well-documented atrocity and, according to a top international lawyer, a moral stain on “our collective conscience and humanity”. So why are the killings and other horrors continuing while known perpetrators go unpunished? It’s a […] END_OF_DOCUMENT_TOKEN_TO_BE_REPLACED