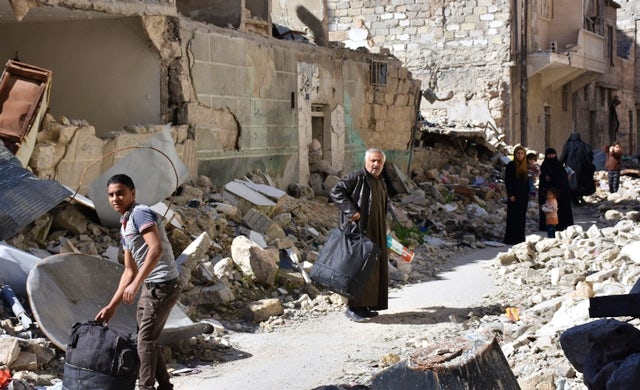 While several states might want a quick solution to the plight of Syrian refugees, returns are not a realistic option until the conflict comes to an end, writes Chatham House Associate Fellow Jeff Crisp.

SINCE 2011, SOME 5 million Syrians have fled from the armed conflict in their homeland and sought refuge abroad, the largest numbers of them going to Jordan, Lebanon and Turkey. But that massive exodus has now slowed to a trickle, and there are growing signs that some of the refugees may be ready to return to Syria.

In July, the Office of the United Nations High Commissioner for Refugees (UNHCR) reported that up to 450,000 uprooted Syrians had returned to their places of origin in the first six months of the year. While the vast majority of this number had been displaced within Syria, the organization said that it had also monitored the return of more than 30,000 refugees from neighboring countries during the same period. There was, the UNHCRconcluded, “a notable trend of spontaneous returns to and within Syria.”

Other agencies concur with this assessment. According to NGOs working in the region, in June around 200 refugees were repatriating each day from Turkey to Jarabulus in northern Syria, an area liberated from ISIS by Turkish-backed rebels. In the same month, an additional 30,000 refugees crossed the border into Syria to celebrate the end of Ramadan, most of them then returning to Turkey.

Local Reports Says That This Time 600 Rohingya Families Are Going to Bhasanchar.

Entire int’l community should stand together over Rohingya repatriation: EU

Turkey hands out winter aid to Rohingya in Bangladesh

Bangladesh disburses US$ 500,000 to OIC over Rohingya genocide case

Bangladesh: Plan to relocate hundreds of Rohingya to remote island must be dropped