Grassley, Feinstein slam Trump for not consulting Congress on refugees 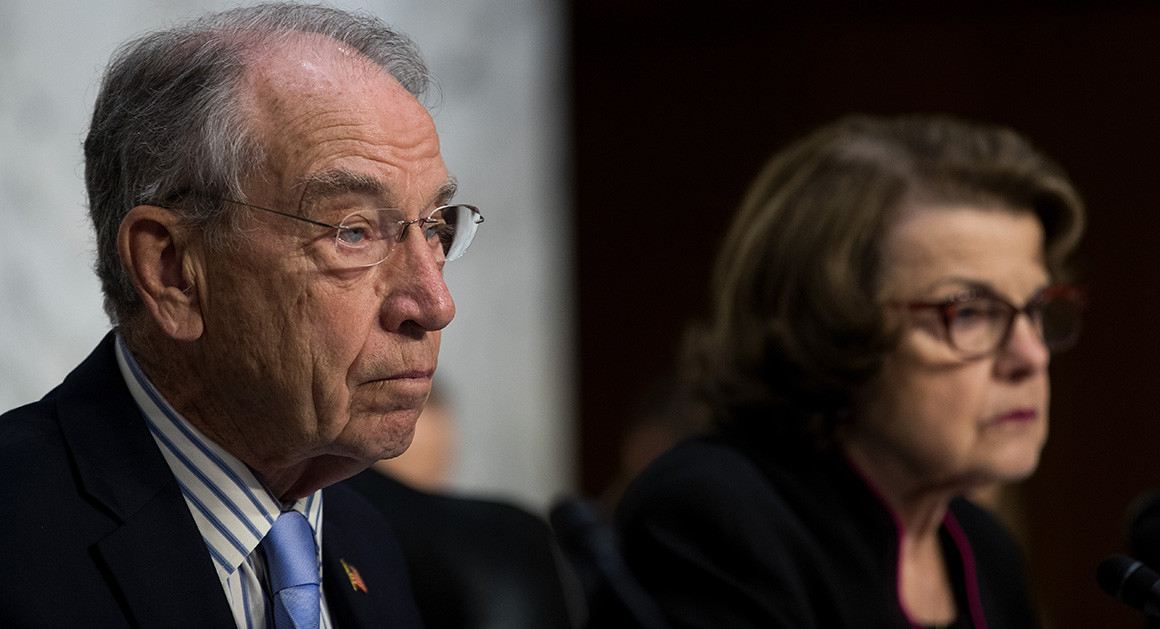 The leaders of the Senate Judiciary Committee blasted the Trump administration on Wednesday for insufficiently consulting with Congress before deciding the number of refugees that will be admitted into the United States next year.

The unusually harsh joint condemnation of the State Department from Sens. Chuck Grassley (R-Iowa), the committee’s chairman, and top Democrat Dianne Feinstein of California came as the administration slashed the number of refugees the country will take in during fiscal 2018 to 45,000 people. President Barack Obama had aimed to admit 110,000 refugees in the current fiscal year, which ends Saturday.

Aides to the senators said a meeting on the issue with Secretary of State Rex Tillerson wasn’t even scheduled until after details of the administration’s refugee plan had leaked out to the news media on Tuesday. The meeting occurred at 4:30 p.m. Wednesday — just before the senators issued their joint statement.

“We are incredibly frustrated that the annual consultation for refugee admissions, which is required by law, was finalized just one day in advance,” Grassley and Feinstein said. “It is simply unacceptable to read in the press that the administration had reached its decision on the refugee camp before the mandated meeting with Congress had even been scheduled.

“Since August, our offices have made bipartisan requests to the State Department on this meeting,” the senators continued. “Congress and the law require real engagement on this important subject. An eleventh-hour meeting to check a legal box is not sufficient.”

Bangladesh is hosting more than one million Rohingya, a mainly Muslim minority community who are stateless, most of whom fled following a wave of violence in Myanmar’s Rakhine state in 2017. “More than three years have elapsed. Regrettably, not a single Rohingya could be repatriated. The problem was created by Myanmar, and its solution must […] END_OF_DOCUMENT_TOKEN_TO_BE_REPLACED