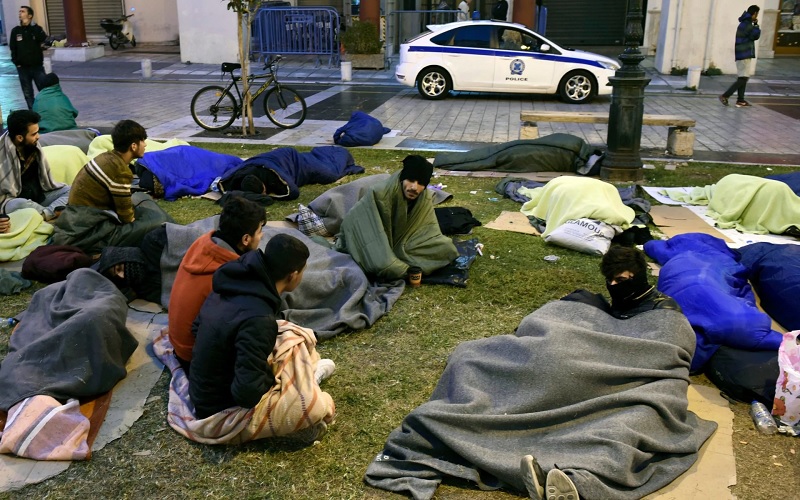 Hundreds of migrants and refugees have lined up in front of a police station in Greece’s second city, Thessaloniki, waiting to be arrested so that they can lodge their asylum applications.

The unusual sight came as the number of asylum-seekers crossing the land border from Turkey surged.

Around 11,000 refugees and migrants have crossed the frontier so far this year, compared to 2,500 last year.

More than half the asylum seekers reaching Greece are women and children, according to the UN refugee agency.

A few hundred asylum-seekers, many of them from Iraq and Iran, have been sleeping rough in parks and squares in Thessaloniki for days.

They include women and children who bed down on scraps of cardboard laid out on the ground.

But with winter weather approaching, they are anxious to submit their asylum requests and be transferred to migrant camps.

Since countries such as Macedonia, Serbia and Hungary closed their borders to refugees in 2016, around 60,000 asylum seekers have been stuck in limbo in Greece, with efforts to resettle them in other EU member states stalled.

That number is growing all the time as new arrivals come from Turkey, either crossing the land border between the two countries or taking small boats to Aegean islands such as Lesbos, Kos and Samos. 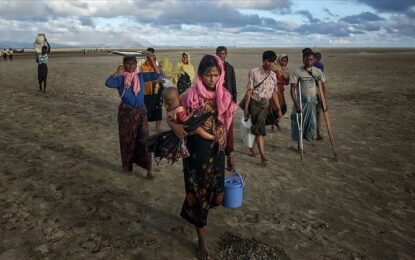 Speaking at the UN General Assembly Saturday, Bangladesh’s prime minister reiterated her call for the global community to actively step up to solve the Rohingya issue and the crisis it has caused in Bangladesh. “More than three years have been passed but not a single Rohingya could be repatriated. The Rohingya crisis was created by […] END_OF_DOCUMENT_TOKEN_TO_BE_REPLACED