A tour through the ‘floating island’ that 100,000 Rohingya refugees may have to call home 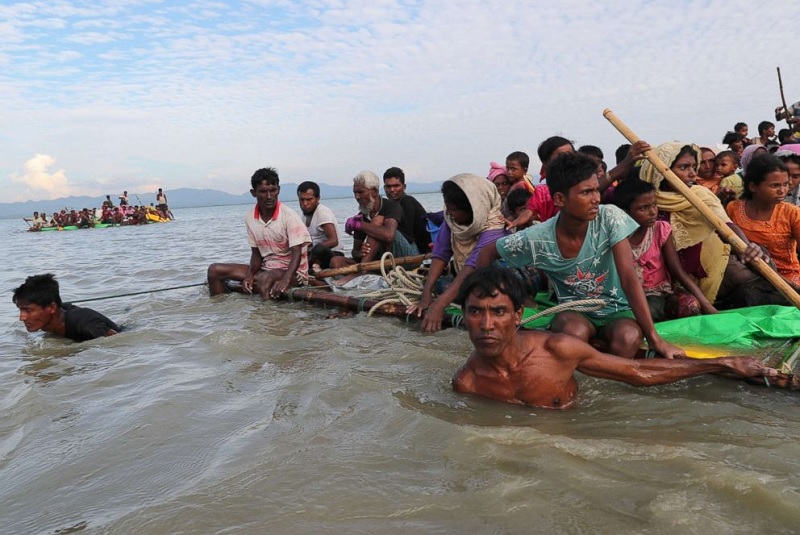 Miles off the coast of Bangladesh, deep within the Bay of Bengal, is a low-lying, flood-prone island that the Bangladeshi government hopes to be the new home for the hundreds of thousands of Rohingya refugees who fled violence in neighboring Myanmar

It’s called Bhasan Char, which translates to “floating island.” Few have been allowed to see the island up close but “Nightline” traveled there with construction workers who are building structures that will eventually hold up to 100,000 Rohingya.

Bhasan Char is more than two hours away from the nearest inhabited island and 24 miles from the Bangladesh mainland. Bangladesh’s decision to move the Rohingya there has become controversial due to its remote location, potential isolation and concerns of extreme flooding from monsoons.

Through traveling with construction workers, “Nightline” was able to visit some of the structures that are being built on the island. There was row after row of red-roofed buildings containing sleeping quarters with bunk beds, where the workers said it would be four Rohingya to a room. A watchtower overlooked the complex, which is surrounded by a man-made canal.It’s estimated that nearly 10,000 Rohingya have been killed, according to a recent UN-backed report. The report details gang rapes, the torching of hundreds of villages and enslavement of Rohingya communities at the hands of Myanmar’s military. UN investigators have called it genocide.

In October, Myanmar and Bangladesh signed a deal to start repatriating some of the over 723,000 Rohingya refugees, but the UN, the United States, and 42 humanitarian and civil society groups raised concerns that the deal would repatriate Rohingya refugees, possibly without their consent, and send them back to dangerous conditions.

he persecution, ethnic cleansing, and attempted genocide of Rohingya Muslims in Myanmar’s Rakhine state is an affront to the rule of law, a well-documented atrocity and, according to a top international lawyer, a moral stain on “our collective conscience and humanity”. So why are the killings and other horrors continuing while known perpetrators go unpunished? It’s a […] END_OF_DOCUMENT_TOKEN_TO_BE_REPLACED