What awaits any Rohingya refugees who return to Myanmar? 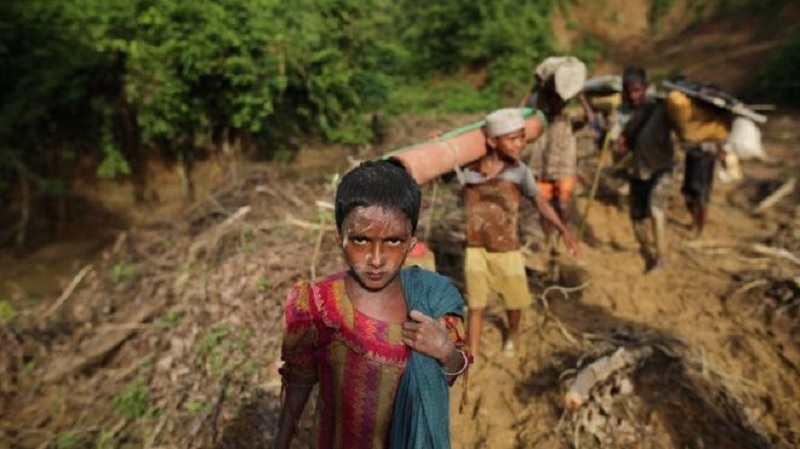 Since late 2017, more than 700,000 Rohingya refugees have fled from Myanmar to Bangladesh, following a military crackdown on the Muslim minority people.

Under a deal between the two countries, thousands of them were due to be moved back to Myanmar. But this was halted when none wanted to return. So what is in store for them should they ever choose to go back?

In the 1990s, “Asia’s Mandela” was one contrived comparison used to praise the incarcerated Aung San Suu Kyi and her struggle for universal human rights in Myanmar.

If we are to consider what sort of life awaits any Rohingya Muslims who return to Myanmar’s Rakhine state from their refugee camps in Bangladesh, our best bet is to look at the 400,000 Rohingyas in Rakhine at the moment: those who did not flee the Burmese military’s brutal “clearance operation” last year and say they are living each day as prisoners in their own land.

“We Rohingya are treated like animals. The restrictions, the oppression, the persecution”, Nur Deen, 22, tells me.

We speak often on the phone but I’ve never been able to meet him.

That’s because, for a quarter of his life, he’s been confined to one of the many camps for Internally Displaced Persons (IDP) in the Rakhine capital, Sittwe.

Bangladesh is hosting more than one million Rohingya, a mainly Muslim minority community who are stateless, most of whom fled following a wave of violence in Myanmar’s Rakhine state in 2017. “More than three years have elapsed. Regrettably, not a single Rohingya could be repatriated. The problem was created by Myanmar, and its solution must […] END_OF_DOCUMENT_TOKEN_TO_BE_REPLACED