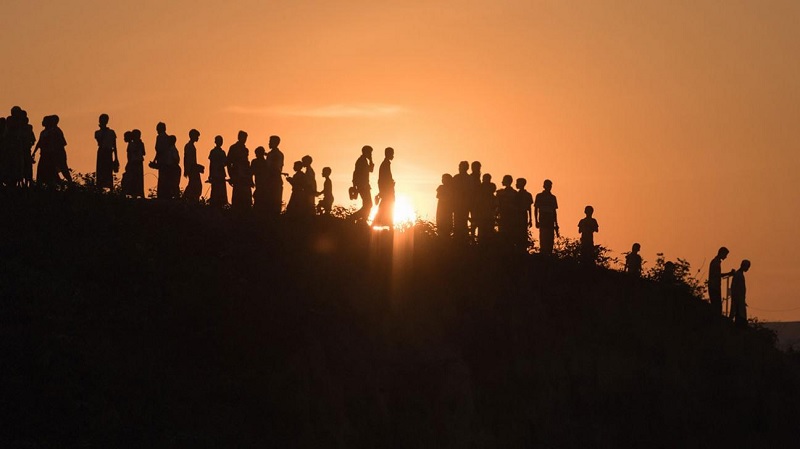 Malaysia wants the perpetrators of atrocities against the Rohingyas be tried immediately at the International Criminal Court (ICC).

“The Malaysian government is openly adhering to the principle that criminals must be punished. The root problem is that the Rohingyas have been driven out from their own country,” Malaysian Foreign Minister Saifuddin Abdullah said.

“For us, investigation into the case of Myanmar and the [humanitarian] crime is very important to be resolved at the root so that the criminals can be dragged to the court,” he told reporters after visiting the Rohingya Education Centre (REC) in Klang on Tuesday.

Saifuddin added although the matter could take a long time, Putrajaya is very serious about the issue as such oppression has forced the Rohingya community to become refugees all over the world, reports Bernama, the state news agency of Malaysia.

In August last year, UN-appointed investigators recommended that Myanmar’s top military commanders be brought to justice as it “undoubtedly amounts to the gravest crimes” against the general public, including genocide, under international laws.

he persecution, ethnic cleansing, and attempted genocide of Rohingya Muslims in Myanmar’s Rakhine state is an affront to the rule of law, a well-documented atrocity and, according to a top international lawyer, a moral stain on “our collective conscience and humanity”. So why are the killings and other horrors continuing while known perpetrators go unpunished? It’s a […] END_OF_DOCUMENT_TOKEN_TO_BE_REPLACED