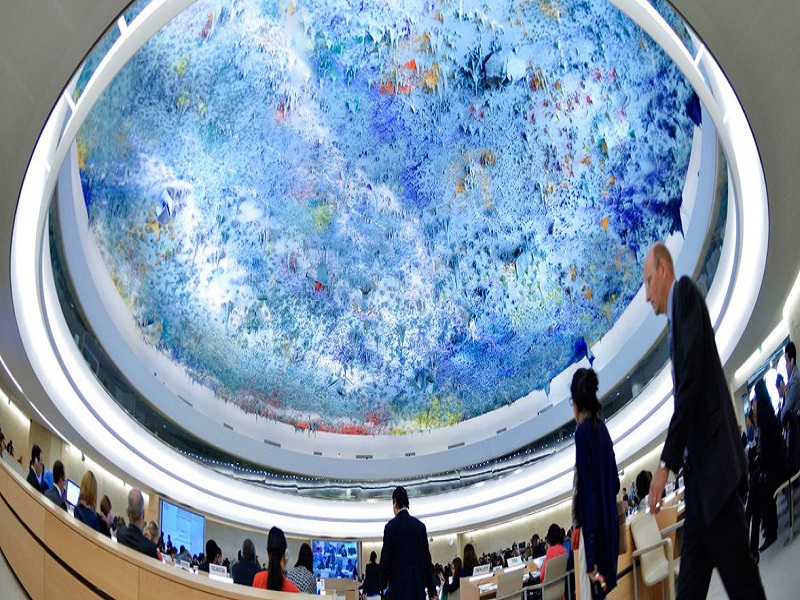 People’s rights are under fire “in many parts of the globe,” UN Secretary-General António Guterres told the Human Rights Council on Monday, before insisting that he was not “losing hope”, thanks to the progress made by powerful grassroots movements for social justice.

Addressing the Geneva-based forum on the opening day of its 40th session, Mr. Guterres underlined the Council’s key role as the “epicentre” for dialogue and cooperation on all human rights issues: civil, political, economic, social and cultural.

Beyond its doors, other key voices were also demanding their rights and making their voices heard, he said, particularly “youth, indigenous people, migrants and refugees”.

In his 15-minute address, Mr. Guterres touched on his own experience living under the dictatorship of António Salazar, the authoritarian ruler of Portugal who oppressed both his fellow citizens at home and the people of the then-Portuguese colonies in Africa.

Despite this, the UN chief insisted that ongoing gender inequality remains a major modern-day challenge: “Untold women and girls still face insecurity, violence and other violations of their rights every day,” he insisted, while glass ceilings “abound”.

“It will take two centuries to close the gap in economic empowerment,” he continued. “I do not accept a world that tells my granddaughters that economic equality can wait for their granddaughter’s granddaughters. I know you agree. Our world cannot wait.”


“It was the human rights struggles and successes of others around the world that moved us to believe in change and to make that change happen,” Mr. Guterres said of Portugal’s struggle to rid itself of the Salazar regime. “Human rights inspire and drive progress. And that truth is the animating spirit of this Council. It is the DNA of our Organization’s founding Charter. And it is vital to addressing the ills of our world.”

Staff Reporter Abul kalam of Camp 16 told to our correspondence that Rohingya Community Members actually want to go back to Myanmar, not to a island which is in the middle of bay of Bengal. It is really very dangerous during monsoon season. Recently, some leaders from different camps went to see the location whether […] END_OF_DOCUMENT_TOKEN_TO_BE_REPLACED