he persecution, ethnic cleansing, and attempted genocide of Rohingya Muslims in Myanmar’s Rakhine state is an affront to the rule of law, a well-documented atrocity and, according to a top international lawyer, a moral stain on “our collective conscience and humanity”. So why are the killings and other horrors continuing while known perpetrators go unpunished?

It’s a question with several possible answers. Maybe poor, isolated Myanmar, formerly Burma, is not important enough a state to warrant sustained international attention. Perhaps, in the western subconscious, the lives of a largely unseen, unknown, brown-skinned Muslim minority do not matter so much at a time of multiple racial, ethnic and refugee crises.

Or perhaps the absence of sustained outrage stems from an age-old problem: the inability to prevent great powers subjugating, manipulating and exploiting more vulnerable peoples and countries for selfish ends. In Myanmar, for more than a century, it was imperial Britain. Now it’s imperial China, which cares naught for human rights at home or abroad

At the heart of the Myanmar conundrum lies the unchecked, repressive power of the Tatmadaw, the armed forces organisation that dominates national life despite the notional restoration of democracy in 2011. Its attacks on the Rohingya in 2016-17, which killed thousands of people and forced three-quarters of a million to flee to Bangladesh, shocked the world. Yet no one has been called to account. 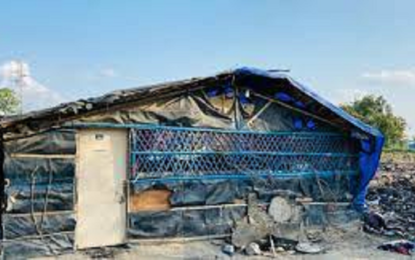 Police and civil authorities in the Indian capital have demolished a makeshift mosque in a Rohingya camp, say the refugees, weeks after a massive fire had engulfed the settlement. The mosque, made up of tarpaulin sheets and bamboo sticks, was bulldozed at about 7am local time (01:30 GMT) on Thursday, at the camp located in […] END_OF_DOCUMENT_TOKEN_TO_BE_REPLACED