Rain Again Started While Open Drains in the Rohingya Refugees Camps are Unhealthy and Polluting the Environment. 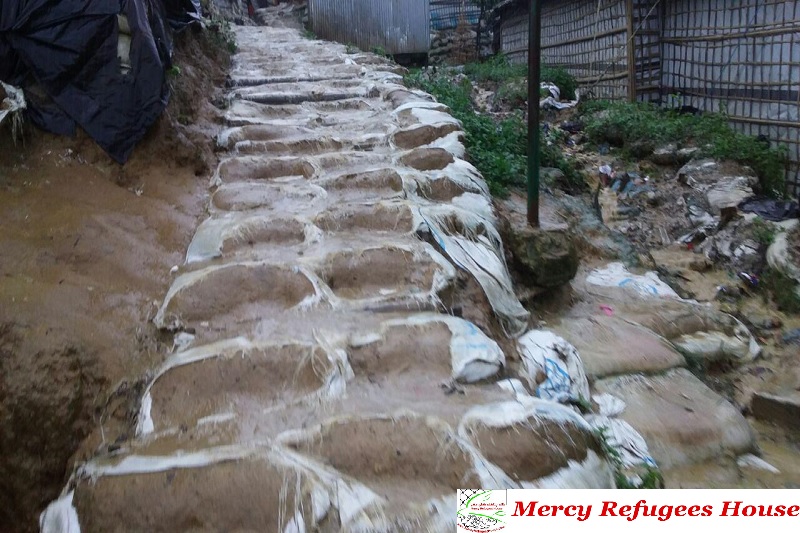 Due to huge deforestation and population growth in the two Upazillas of Cox bazaar, Ukhiya and Teknaf, the temperature reaches quite up crossing the normal tolerance level sometimes and heavy rainfall makes this even worse during Covid 19 situation.

Many women, children and elderly people are suffering from fever and many other types of seasonal diseases. As a result, many patients got admitted to local hospitals in this Corona Pandemic.

Diarrhoea, Vomiting, High Temperature, Coughing and many other types of sickness are rising uncontrollably due to unhygienic surrounding and over crowded houses as there are thousands of open drains which create foul smells and unhygienic atmosphere.
The hot atmosphere at the time of downpour and climate change could affect terribly in future too. There is a high risk of outbreak and waterborne diseases.

The people living near the camp zones would also face the same problem and after the rainy season, mosquito issue is also posing a serious threat to the inhabitants since the population and camp problems are increasing pointlessly due to the decreasing number of aids.

COX’S BAZAR, Bangladesh, 26th September, 2021 (WAM) — The Emirates Red Crescent (ERC) has inaugurated phase 2 of its service projects in refugee camps in Rohingya, Bangladesh, as part of the initiative launched by H.H. Sheikha Fatima bint Mubarak, Chairwoman of the General Women’s Union (GWU), President of the Supreme Council for Motherhood and Childhood, […] END_OF_DOCUMENT_TOKEN_TO_BE_REPLACED

Now is the time to recognize the genocide in Burma

Why World’s Bank proposal of integrating the Rohingyas in Bangladesh is unsustainable?