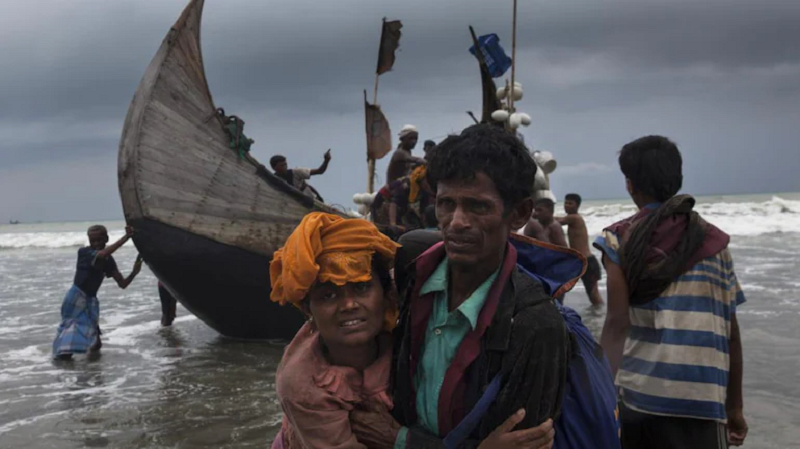 This is PM Modi’s first foreign visit since the coronavirus pandemic began, and it shows how much importance India attaches to Bangladesh with China rooting itself aggressively in the country.

However, just ahead of PM Modi’s Bangladesh visit, a fresh Rohingya crisis has brought India and Bangladesh on opposing ends. More than 80 Rohingya refugees are facing an uncertain future in the Andaman Sea as Bangladesh has refused to take them back.

These Rohingya refugees were floating in a boat that malfunctioned in the Adaman Sea where the Indian Coast Guard found the refugees exhausted out of hunger and thirst last month.

The refugees had set sail from Bangladesh for Malaysia on February 11. The engine of their boat failed mid-journey leaving the occupants adrift in the Indian Ocean.

At least eight persons died before the Indian Coast Guard found their fishing boat. They were hungry and thirsty and were suffering from extreme dehydration.

India is feeding the survivors and providing medical treatment to them but it is not planning, at least yet, to take them ashore. India has communicated informed Bangladesh about the Rohingya survivors.

DHAKA: Rohingya refugees have welcomed the beginning of the month of Ramadan with a sense of solitude and isolation on Bhashan Char island, where thousands were been moved by Bangladeshi authorities from the overcrowded camps of Cox’s Bazar. Over 18,500 Rohingya Muslims have been relocated to the remote island in the Bay of Bengal since […] END_OF_DOCUMENT_TOKEN_TO_BE_REPLACED