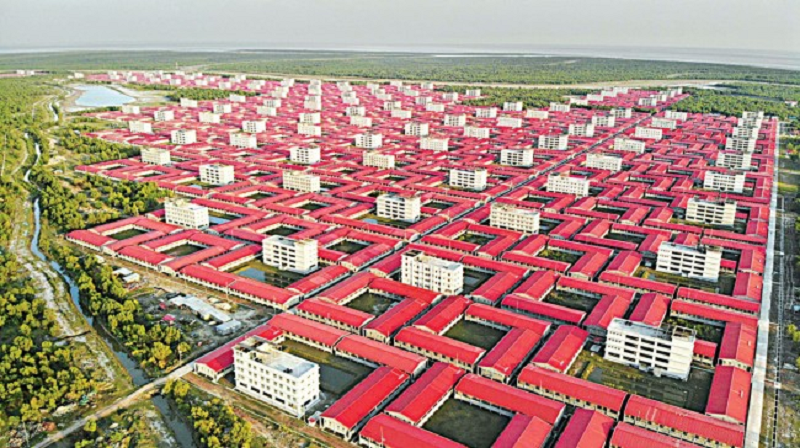 A total of 1,073 Rohingyas left Ukhiya of Cox’s Bazar today, to go to Noakhali’s Bhasan Char.

Twenty-one buses carrying the Rohingyas left the temporary transit point set up at the field of Ukhia Degree College around 1:00pm today for Chattogram, reports our Cox’s Bazar correspondent.

The Rohingyas were brought to the temporary transit point last night and this morning from different refugee camps of Teknaf and Ukhiya.

A big group of Rohingya will be taken to the Bhasan Char tomorrow, said Shamsud Douza Nayan, additional commissioner at Refugee, Relief and Repatriation Commission.

Talking to The Daily Star, an official of Bhasan Char Ashrayan Project 3 said around 3,800 Rohingyas will reach the island from the camps in Ukhiya and Teknaf of Cox’s Bazar tomorrow and day after tomorrow.

DHAKA: Rohingya refugees have welcomed the beginning of the month of Ramadan with a sense of solitude and isolation on Bhashan Char island, where thousands were been moved by Bangladeshi authorities from the overcrowded camps of Cox’s Bazar. Over 18,500 Rohingya Muslims have been relocated to the remote island in the Bay of Bengal since […] END_OF_DOCUMENT_TOKEN_TO_BE_REPLACED