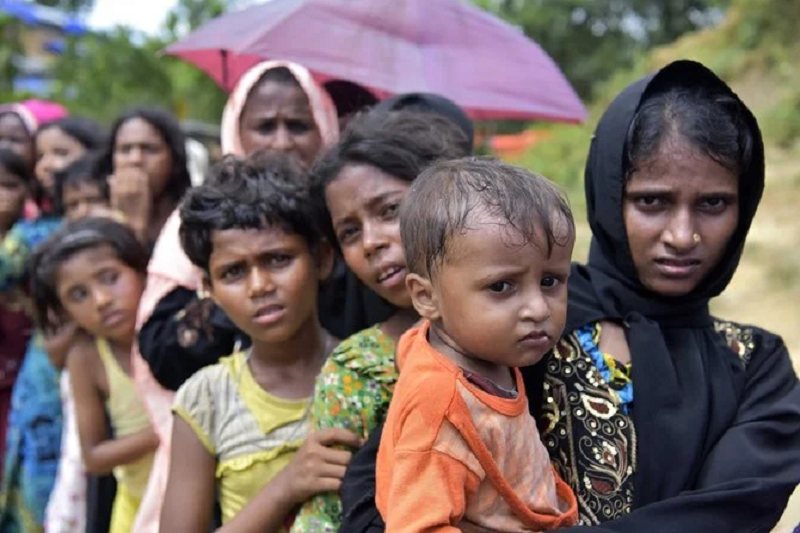 DHAKA: Rohingya refugees have welcomed the beginning of the month of Ramadan with a sense of solitude and isolation on Bhashan Char island, where thousands were been moved by Bangladeshi authorities from the overcrowded camps of Cox’s Bazar.

Over 18,500 Rohingya Muslims have been relocated to the remote island in the Bay of Bengal since December last year, despite criticism from rights groups and the UN Refugee Agency over the site’s vulnerability to severe weather and flooding.

Bangladesh says it has built housing units and infrastructure on the island for 100,000 refugees to take the pressure off Cox’s Bazar, which already hosts more than 1.1 million Rohingya, a Muslim minority group who fled violence and persecution in Myanmar.

ALSO READ THIS: ROHINGYA REFUGEES FEAR ‘ANOTHER DISASTER WAITING TO HAPPEN’ AFTER 84 FIRES IN JUST FOUR MONTHS – MORE THAN 2020 TOTAL

While authorities have on numerous occasions said that the relocation is voluntary and the Rohingya were happy to start their new lives on the island, some of them say they are missing their previous camps, especially as Ramadan, which is traditionally a time for community, started earlier this week.

“Here I feel very lonely as my siblings, parents and most of the relatives are living at Cox’s Bazar. During last year’s Ramadan, we all were together and had some memorable family get-togethers,” Mohammad Alam, a 37-year-old Rohingya refugee in Bhasan Char, told Arab News on Thursday.

“Now I maintain communications with the family members through mobile phone, but (I am) not sure when I can meet them again,” he said.

“Ramadan is a very special month for us as Muslims, and we all love to stay together with the friends and family during this holy month.”

Despite the government’s decision not to allow Rohingya people to go outside their camps at Cox’s Bazar and Noakhali’s Bhashanchar, scores of refugees from Myanmar’s Rakhine have entered the port city in Ramadan and staying here for collecting Jakat. Around 1.1 million Rohingyas entered  Bangladesh in 2016 to escape Myanmar junta’s crackdown on the minority […] END_OF_DOCUMENT_TOKEN_TO_BE_REPLACED