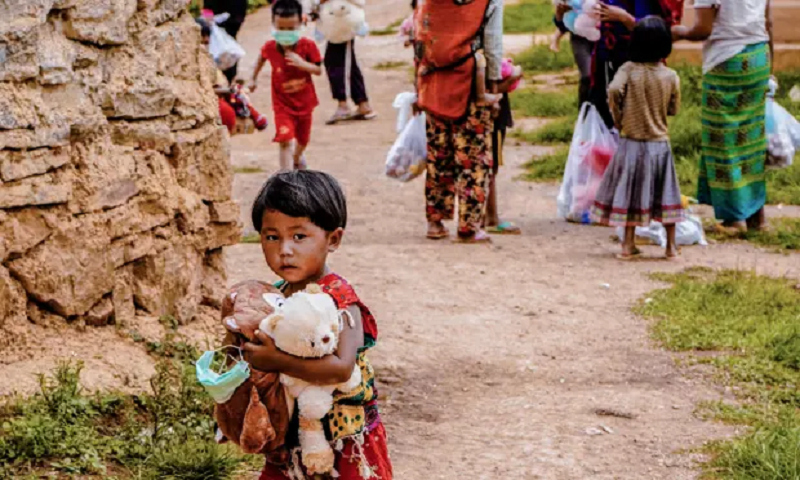 Britain’s deputy UN ambassador has voiced concerns a military build-up in Myanmar’s north-west bears similarities to the Rohingya genocide of 2017.

James Kariuki told reporters before heading into a closed-doors meeting with the UN security council on Monday: “We are concerned that this rather mirrors the activity we saw four years ago ahead of the atrocities that were committed in Rakhine against the Rohingya [Muslim minority]”

The remarks came as UN aid chief Martin Griffiths said the humanitarian situation in Myanmar was deteriorating, with more than 3 million people in need of life-saving aid, adding that “without an end to violence and a peaceful resolution of Myanmar’s crisis, this number will only rise”.

The security council meeting coincides with the first anniversary of the re-election of Aung San Suu Kyi’s government, which was then ousted by the military in a 1 February coup.

Myanmar is facing charges of genocide at the international court of justice over a 2017 military crackdown on the Rohingya that forced more than 730,000 people to flee into neighbouring Bangladesh. Myanmar denies genocide and says its armed forces were legitimately targeting militants who attacked police posts.

About 223,000 Burmese remain internally displaced, including 165,000 in the country’s southeast – adding to those already displaced in Rakhine, Chin, Shan and Kachin states prior to the takeover, the UN emergency relief coordinator said.

The Netherlands has decided to provide $7.5 million dollars through the International Organization for Migration (IOM) for the welfare of forcibly displaced Rohingyas and their host community in Cox’s Bazar district. An agreement between the Netherlands embassy in Dhaka and IOM was signed in this regard to implement a project styled ‘Restoring the Environment and […] END_OF_DOCUMENT_TOKEN_TO_BE_REPLACED