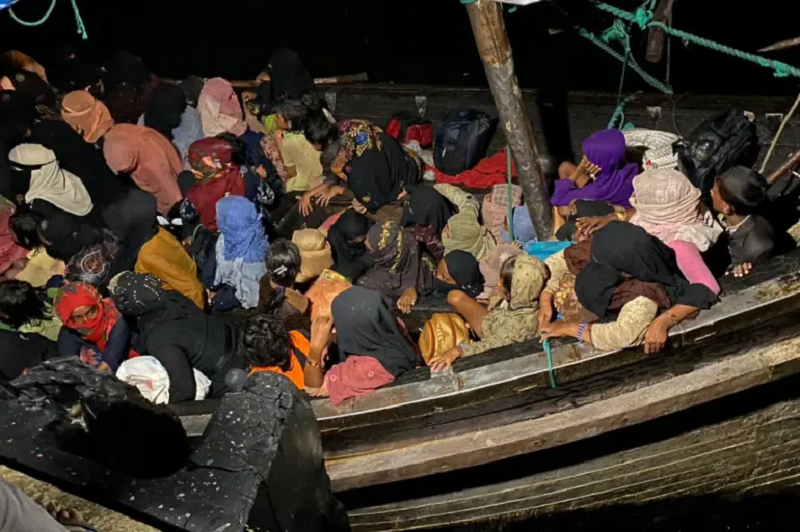 A standoff involving a boat carrying Rohingya refugees and the Indonesian navy has ended with a dramatic rescue that took 18 hours to complete due to heavy rains and high seas.

The refugees – mostly women and children – were brought ashore at Lhokseumawe in Indonesia’s northwestern province of Aceh in the early hours of Friday. They were immediately screened by health department officials as part of the country’s protocol against COVID-19.

“We are very relieved and extremely grateful to the Indonesian government for granting the Rohingya permission to disembark in Aceh on humanitarian grounds,” Lilianne Fan, the co-founder of Geutanyoe Foundation, a non-governmental organisation (NGO) that supports refugees in Indonesia and Malaysia.

“Indonesia once again has shown great humanity towards the refugees and this principled response must be not only commended but adequately supported,” she told Al Jazeera.

In a statement to Al Jazeera, the United Nations High Commissioner for Refugees (UNHCR) also said it applauds the decision of the Indonesian government.

“We are grateful that Indonesia and its people have once again proven their humanitarian spirit and shown that saving lives must always be the top priority. It is a humanitarian imperative to facilitate the immediate disembarkation of vessels in distress and to prevent the loss of life,” said Ann Maymann, UNHCR Representative in Indonesia.

The rescue ends days of talks after the stricken wooden vessel, carrying more than 100 Rohingya refugees, was first spotted by fishermen bobbing in waters off the coast of Aceh on Sunday.

On Tuesday, Indonesian authorities had initially rejected the refugee boat, which had a broken engine and was taking on water. Photographs circulating on social media had shown the Indonesian navy preparing food, water and petrol for the refugees before an apparent plan to push them back into Malaysian waters. 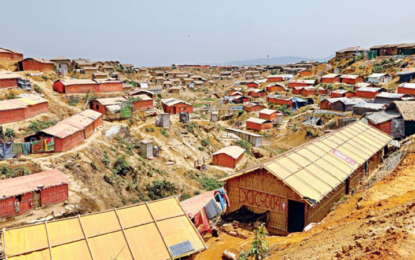 Around 6,000 Rohingyas should be evacuated from two camps in Cox’s Bazar to avert casualties as they are living on hilly slopes that are vulnerable to landslides, said a government report. The Department of Environment (DoE) report said the hillocks of the camps, which have been razed by 75 to 90 degrees, are at risk […] END_OF_DOCUMENT_TOKEN_TO_BE_REPLACED