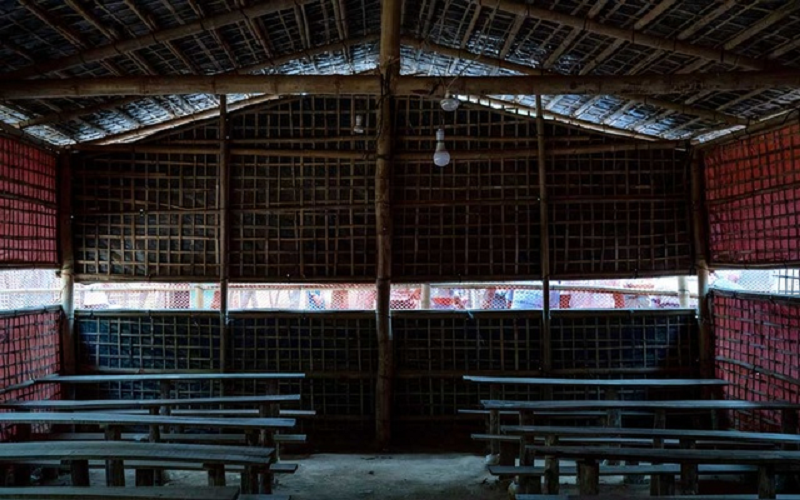 The Bangladesh government has said the educational facilities suspended at Rohingya refugee camps in Cox’s Bazar were “private coaching businesses”, not schools

The clarification came in a foreign ministry statement on Thursday following a report that the authorities shuttered dozens of schools at the camps for operating without permission.

“COVID-19 induced suspensions and enjoying holidays on weekends or government holidays, suspension of unauthorised business ventures in the name of education should not be treated as effort to impede learning facilities for Rohingya children,” the foreign ministry said.

Ten thousand Rohingya refugee children living in the Cox’s Bazar camps will have enrolled in a UNICEF programme that teaches the national curriculum of their home country of Myanmar by the end of May, the UN agency for children said earlier this month.

Over 400,000 Rohingya children of school age live in the refugee camps in Bangladesh. About 300,000 of them are attending 3,400 learning centres organised by UNICEF and its partners.

Most of the children have been studying under the Learning Competency Framework Approach, an emergency informal learning system that caters primarily to children aged 4-14.

The new Myanmar Curriculum Pilot, which is expected to replace the emergency education system in the camps, is based on the national curriculum in their home country and aims to provide Rohingya refugees with a formal, standardised education. UNICEF said it hopes to provide schooling to older children who have been unable to access education.

But The New York Times later reported Bangladeshi authorities began a crackdown on schools set up by Rohingya community leaders, calling them illegal.