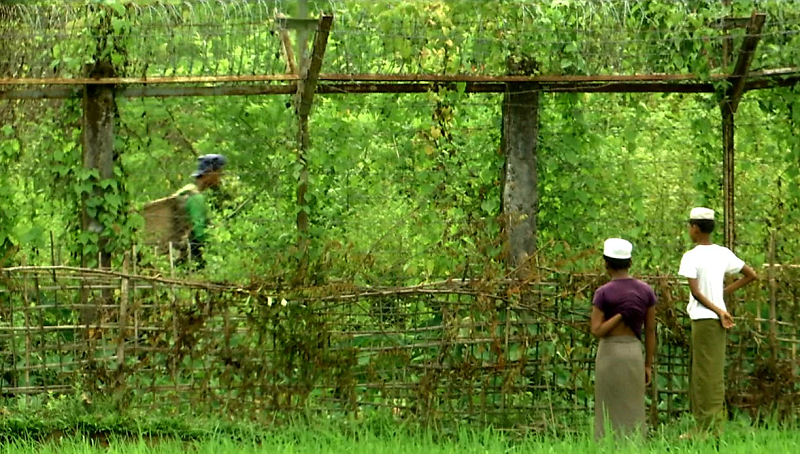 The local administration is planning to evacuate members of 300 Bangladeshi families in Ghumdhum union along the Bangladesh-Myanmar border in Naikhyangchhari upazila of Bandarban following firing and mortar shelling near Tumbru border for the last one month, reports news agency UNB.

Naikhyangchhari Upazila Nirbahi Officer (UNO) Salma Ferdous said there are about 70 Bangladeshi families living within 300 to 500 yards of the Bangladesh-Myanmar border. “Considering the overall situation along the border and safety of the local residents, there is a plan to evacuate them.”

“All 300 families in Ghumdum will be evacuated in phases,” she added.

Dil Mohammad Bhutto, member of ward no. 2 of Ghumdhum union, said they heard sound of firing gunshots and explosions till Saturday morning.

“Then we have not heard sound of gunshots or explosions near Ghumdhum-Tumbru border till Sunday evening,” he said.

Kofil Uddin, a resident of Ghumdhum, said many are leaving the border area on their own fearing that the firing may start again at any moment.

They have been passing days in fear since taking shelter at this point in 2017.

Facebook owner Meta’s dangerous algorithms and reckless pursuit of profit substantially contributed to the atrocities perpetrated by the Myanmar military against the Rohingya people in 2017, Amnesty International said in a new report published today. The Social Atrocity: Meta and the right to remedy for the Rohingya,details how Meta knew or should have known that Facebook’s […] END_OF_DOCUMENT_TOKEN_TO_BE_REPLACED