Since the overwhelming exodus of Rohingya refugees to Bangladesh in 2017, the Rohingya problem has gained worldwide attention. To continue housing more than 1.1 million refugees in Bangladesh, however, is proving to be an incredibly challenging endeavor given the recent emergence of other national and international challenges.
A ray of light has come from the recent Rohingya resolution passed by the UN General Assembly’s Third Committee. The resolution was jointly introduced on Wednesday (November 18) by members of the Organization of Islamic Cooperation (OIC) and the European Union (EU), who all agreed that it was urgent to confront Myanmar’s reprehensible treatment of the Rohingya people and other minorities.

This is good news since, until now, the international community has not taken sufficient action to relieve the pressure on Bangladesh and to prevent Myanmar from abdicating its responsibility to its citizens.
The resolution is simply the first of several that must be taken to make sure that the Myanmar government creates a secure environment for the Rohingya refugees to return to; it does not, however, guarantee that the repatriation process for those refugees would be accelerated.

It is crucial that the resolution be turned into rapid action because the UN and humanitarian aid groups both have vital roles to play in this situation.

The perpetrators of the crimes done against the Rohingya population can finally be brought to justice with the assistance of the international community. Making sure that the refugees can finally and safely return home requires that we approach this catastrophe with the urgency that it demands.
While Bangladesh’s attempts to host the refugees demonstrate a level of generosity that the rest of the world has yet to demonstrate, it is time for the international community to take action to share the burden that isn’t ours to bear.

The Bangladeshi government has made numerous attempts to reach a deal with Myanmar and to solicit support from the international community for the safe and long-term repatriation of the Rohingya refugees. 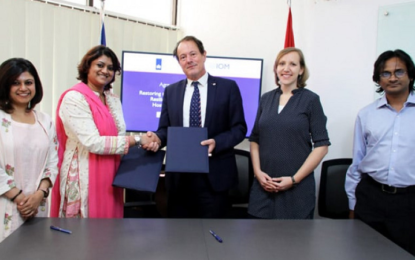 The Netherlands has decided to provide $7.5 million dollars through the International Organization for Migration (IOM) for the welfare of forcibly displaced Rohingyas and their host community in Cox’s Bazar district. An agreement between the Netherlands embassy in Dhaka and IOM was signed in this regard to implement a project styled ‘Restoring the Environment and […] END_OF_DOCUMENT_TOKEN_TO_BE_REPLACED